Worth Another Listen -Cutting Crew 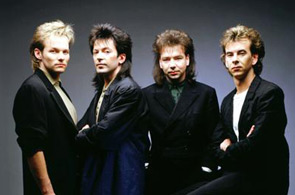 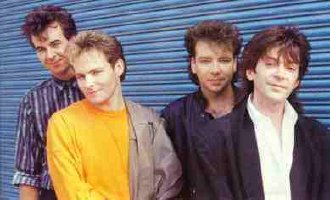 In 1985, a band formed in England, with singer Nick Van Eede and Canadian Kevin Scott MacMichael working on some demos that lead to a contract and adding bassist Colin Farley and drummer Martin Beadle the following year. They became the Cutting Crew. In 1986 they put out the album Broadcast, and (I Just) Died In Your Arms became an international hit, the first for Richard Branson's fledgling Virgin Records. Cutting Crew had a sound that defined the mid 80s, the husky and masculine vocal with the vulnerable yet touching lyric. It was #1 on the US Billboard Top 100, and topped the charts in Canada as well.

On the heals of that success, Cutting Crew released I've Been In Love Before, which made it into the Top 10 on the US Top 100, and #2 on the Adult Contemporary charts.

Cutting Crew put out another two albums, and both failed to have the success of the first, or a single coming close to (I Just) Died In Your Arms, and they called it a day in 1993. In 2002, co-founder MacMichaels died of cancer. In 2006, singer Van Eede reformed the group with a new members, and toured around Europe. Surprisingly enough, in 2008 the reformed Cutting Crew were signed to Spectra Records in the US. To find out more about Cutting Crew, visit their website here.
Posted by Unknown at 7:00 AM

Email ThisBlogThis!Share to TwitterShare to FacebookShare to Pinterest
Labels: 80s Music, cutting crew, i just died in your arms