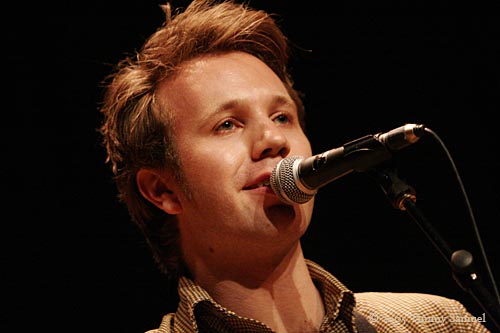 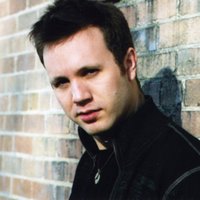 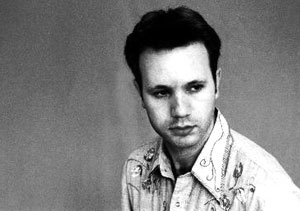 Now I love me a rocker, and Dylan Rice fits the bill for me. The Chicago-based musician released the excellent album Wandering Eyes in 2004, and I have been waiting for the follow-up since. He did have a new song in 2006 called Faces of Victory, a collaboration with former Styx guitarist Chuck Panozzo, which he also performed live at the closing of the 2006 Gay Games in Chicago. But still, I want some new music, cause he is that good. I bought Wandering Eyes on a whim, ordering a group of 5 or so CDs from CD Baby, and the group included Rice and Christopher Dallman, another musician I just adore. 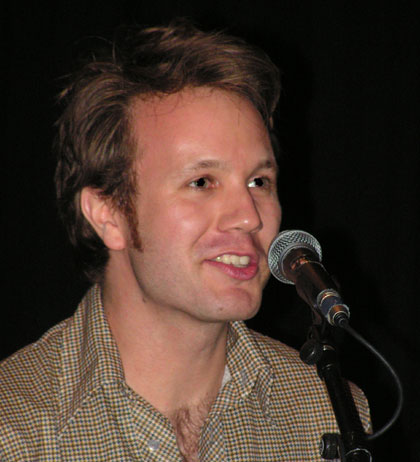 Wandering Eyes offers up 12 tracks, ranging from rockers to fantastic pop songs, all but one written by Rice, who had completed his studies at Northwestern University with a degree in English with a minor in Poetry. The first song is Distant Planet, the only song not written by Rice, instead co-written by Rice and Matt Neuroth. It has a somewhat darker feel, accentuated by the driving guitar rhythms. The second song is The Lie, a song I have loved since listening to the opening bar of music. Starting out with the acoustic guitar and adding the drums and the electric guitar makes for a great start, and Rice's mellow voice team together to produce a single both rock and pop in nature. This is a video recently finished, and the only one off his debut album.

Rice has been out and proud since his days in college, and March of the Misunderstood is filled with enough material to wonder if the song is somewhat autobiographical. The layered and textured feel is more like the music of Big Country than Rolling Stones, but the big stadium feel of the song are hard to miss. Just Like You is up next, an uptempo rocker looking for the truth. Then comes Truer Days, a song that is stylistically closer to the stuff Chris Isaak than anyone else. The song is a meandering ballad in the best way. Then comes Drama Queen, a perfectly wonderful song both lyrically and musically, with a great sense of the ironic. Next up is Barely Knew You plays on the issues surrounding hook-ups that never seem to end as well as you'd like. This slow-tempo song is more of a lament than ballad. The eighth entry is I Do & I Don't. There is something about this song that makes me think of Dylan as a latter day Jacques Brel, a true troubadour. Not sure if it is phrasing or just a tonal quality, but there is something there. One Pure Thing is up next, and it is a bit confusing too me, with a musical tempo that at times battles the melody. Lucky To Need You is another confusing one, at least for me. Is he talking about coming out, coming to grips with being gay, or is it more about something else? It is deeply personal, and heartfelt. I like the song, just not sure if I get it. Someday Heartbreak is really beautiful, I like this song. Intangible takes on a life of it's own, and aural banquet, from the almost floating tone of his falsetto to the depth in tone of his natural chest voice. I think it could be said I really love this album, and truly look forward to more music from Dylan Rice. 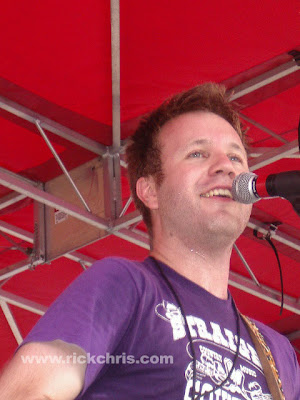 To find out more about Dylan Rice, see his official website here.
Posted by Unknown at 7:00 PM