Worth Another Listen INXS Part 5 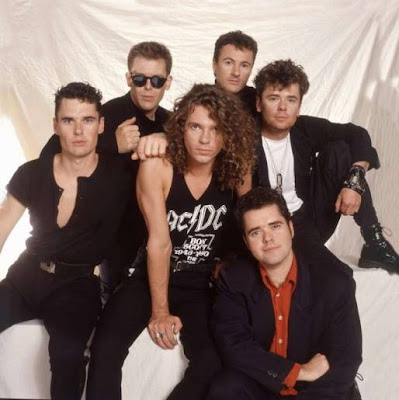 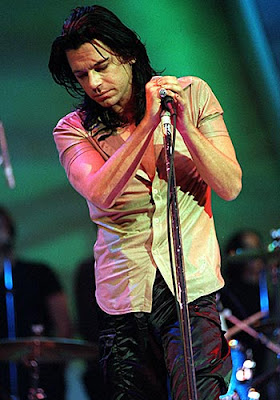 As I said in the earlier post, Kick was released in 1987, following up on the success of Listen Like Thieves. Michael Hutchence, Garry Gary Beers, Andrew Farriss, Jon Farriss, Tim Farriss and Kirk Pengilly were on top of their game, playing hard and sweet, while certainly registering their own sexuality in the mix. They already had chart toppers with Need You Tonight/Mediate, Devil Inside and New Sensation, but this album was far from quiet.

The fourth single off Kick was Never Tear Us Apart, which topped out at #7 the Billboard Single chart, but went to #5 on the Rock Single Chart.

All along, INXS had a reputation for being an amazing live act, putting on great shows in their native Australia that were legendary, and soon bringing that same excitement to stages across the world as their popularity grew. The next single was Kick, another rocker that reminded me the term rock and roll was originally a euphemism for sex, cause the rock songs were bold and sexy songs, especially with Michael Hutchence taking the lead.

Mystify was the sixth single released, and it went top 20 on the Billboard Rock charts, completing the sweep of 6 of the 12 songs on Kick making the Billboard charts in the US. Mystify mixed a bit of the blues in with the rock to make the single a strong one.

At this point, INXS was ruling the airwaves, putting out great music that was being played in the clubs and on Rock radio. You can find out more about INXS at the official website here.
Posted by Unknown at 7:00 AM