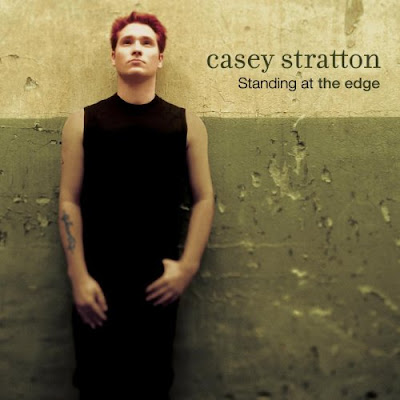 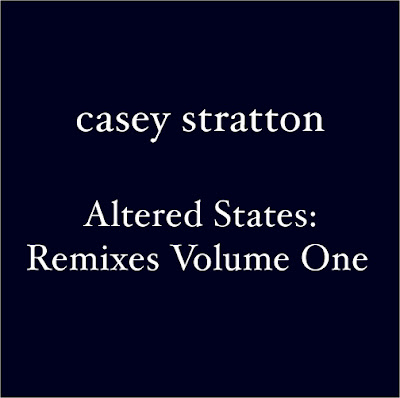 This was originally posted on the blog on June 9, 2009, the first musical review for Soundtrack to my Day.

As I set up this beast, I am listening to singer/songwriter Casey Stratton’s release, Standing At The Edge. Casey has a gorgeous voice so crisp and clarion clear. He maintains this technical brilliance while delivering the emotional value. The first track, ‘For Reasons Unexplained’ is a perfect example. His voice maintains the melody, but pushes beyond it to the core of the uncertainty, the angst.

Casey just released a new offering, Altered States: Remixes Volume One, with Electronica/Dance versions of some of his songs. One of my personal favorites is ‘Sacrifice [Ritual Mix]’, with an interesting tribal feel, with a drum line that reminds me of Native American music, at times verging on a Middle-Eastern sound, and an orchestration with a Celtic feel to the reeds. His voice is strong and full, adding to the haunting mix, yet remains urgent with the chorus. ‘You are your own sacrifice.’

‘Violet Room [Ultraviolet Mix]’ has this interesting synthesizer line that is somewhat reminiscent of Depeche Mode, the beat much more driving and dance oriented. The song maintains the 80s influence while keeping a current air about it. ‘Opaline’[Falsified Life Mix] is another strong track, laying down a textured dance beat and allowing Casey’s vocal to soar and glide. ‘Blood [Little Flood Mix]’ is one of two mixes for the song, and it combines the dense club sound alternating with a more sparing and clean feel, adding a dark texture.

I am a new fan of Casey’s, having discovered his work on the web. I actually asked him on Twitter what to buy first, and he ever so kindly suggested Standing At The Edge. He must be right, because listening to it made me a real fan.
Posted by Unknown at 7:00 PM

Email ThisBlogThis!Share to TwitterShare to FacebookShare to Pinterest
Labels: altered states, casey stratton, remixes volume one, standing at the edge