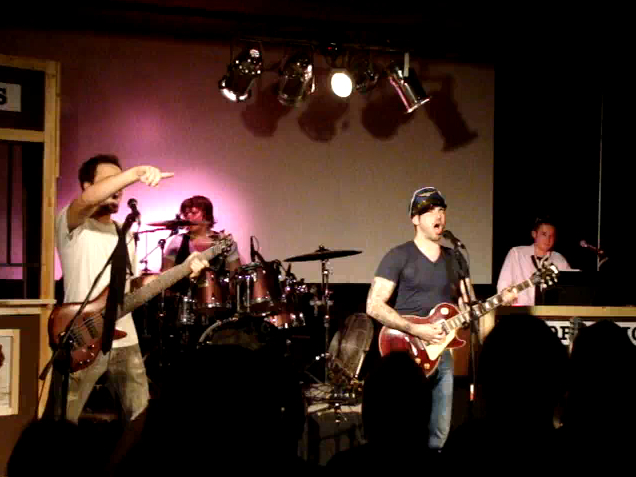 Yesterday, the debut effort from Eric & the Adams hits the stores, iTunes, and wherever music could be purchased. On Saturday, December 5, they appeared at the Electric Circus in Tulsa, Oklahoma, for a CD Release Party in their home town. Indeed, I am goober enough to tell you I thought about flying out for it, but did not do it. So, for the moment, I am going to live vicariously through the YouTube videos posted by EmiJH83, and pretend I was in the audience screaming with everyone else. Can't say I know what the set-list was, or what order songs were sung in, so I am just picking some of my favorites and letting it rip. I will start with the live performance of Every Move, their first video. Eric Himan, Angel Adams and Jimmy Adams were joined onstage by keyboardist Tyler Sparkman. The second video is an 80s Medley, consisting of Love Is A Battlefield [Pat Benatar], I Love Rock 'N Roll [Joan Jett], Walk This Way [Aerosmith], and Walk Like An Egyptian [The Bangles]. Finally, I included their cover of the Counting Crows Round Here. Dante and the Sparks opened for them, and joined them onstage for the final song, Stevie Wonder's Superstition.

For more about the band, check out their website here. For $4.95, you can purchase five great songs on iTunes here. I reviewed it over the weekend, including a shot my autographed copy! You can check that out here.
Posted by Unknown at 7:00 PM