Worth Another Listen - Mr Mister 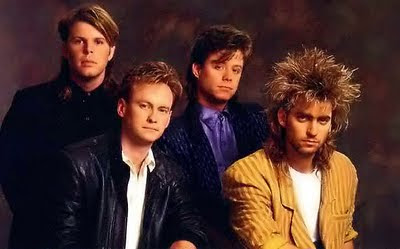 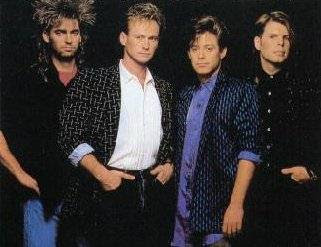 Mr Mister could come close to defining the the definition of the 80s pop/rock band - the handsome front man, a photogenic band, and a sound relying on the guitar, yet still maintaining strong melodies in the songs. With the release of the 1985 Welcome To The Real World, vocalist and bass guitarist Richard Page bass guitar, keyboardist Steve George, drummer Pat Mastelotto and guitarist Steve Farris, went from no one to superstars overnight. The first single, Broken Wing, became a staple on radio, still being played to this day.

Kyrie was their second hit, another power ballad with anthemic intentions. This was a bold song, combining big vocals with big guitar riffs, meant to fill the air of a stadium.

Just as quickly as they rose to the top, Mr. Mister fell out of favor with critics and writers, who heralded them in the beginning, and turning saying they were corporate rock, and a robotic band. They released a followup, Go On, which couldn't break into the top 50 in the US. Even with the assist of a single featured in the Rob Lowe film Youngblood, the best Something Real (Inside Me/Inside You) could do was #29 on the singles chart.

While starting work on the next album, Pull, Mr Mister were dropped by the label and soon went their separate ways. However, there is some talk that the album might be released sometime soon.
Posted by Unknown at 7:00 PM