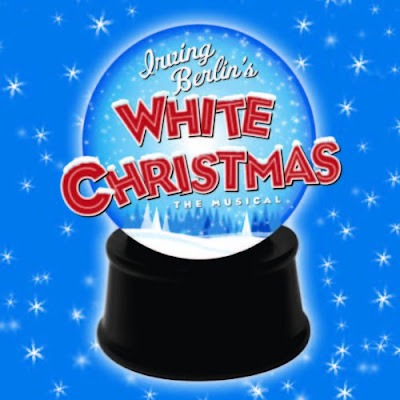 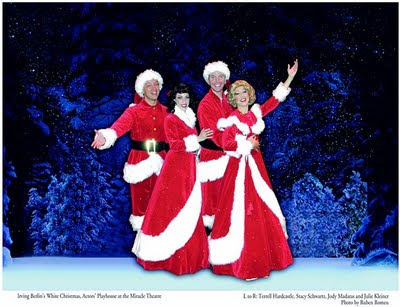 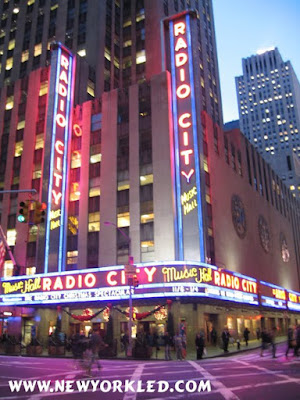 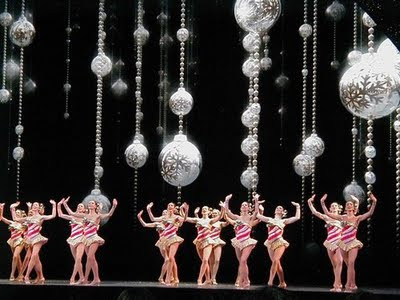 As this is Christmas week, I thought I would offer up a a few of the ways you could celebrate the holidays, Broadway Style! There are a couple of shows that have really focused on the holiday in one form or another. Of course, there is one that is all about it, Irving Berlin's White Christmas. first opened on Broadway two years ago, having a limited engagement to capitalize on the holiday traffic in New York City. Based on the 1954 film, which itself was based on the 1942 film Holiday Inn (starring Bing Crosby, Fred Astaire, Virginia Dale and Marjorie Reynolds), White Christmas starred Bing Crosby, Danny Kaye, Vera-Ellen and Rosemary Clooney, but most of all, the delightful music of the great Irving Berlin. While I might prefer the original film, I have never made it to see the stage musical. But with Irving Berlin's music involved, I don't see how it can go too wrong.

And how about the truly beautiful I've Got My Love To Keep Me Warm?

In 1933, Radio City Music Hall produced the very first Christmas Spectacular, a lush and lavish stage show celebrating the season and featuring the world famous Radio City Rockettes. The very first production was designed by Vincent Minnelli, Liza's pop. This season is no different as there is a 2010 edition.

And here's a bit of the 1986 version, showing they take spectacular seriously, and always deliver. I mean, come on, those are live animals, including the camels!

Does it get any more classic than the Jerry Herman musical, Mame? Not the movie, with the disappointing performance of Lucille Ball, but the Broadway show that allowed the amazing Angela Lansbury to light up the stage. Mame opened on Broadway in 1966, starring Lansbury and Bea Arthur, a smashing hit that went on to win eight Tony Awards, including ones for Lansbury, Arthur, Herman and Best Musical. In keeping with the festive timing, here is Angela singing We Need A Little Christmas, a song about bringing the holiday spirit into your life any time of the year you need it.

Then there is the classic song, Bosom Buddies, performed by Lansbury and Arthur. The song celebrates the love and competitive nature of a friendship between two women.

Christmas on Broadway, always something to remember and cherish!
Posted by Unknown at 7:00 PM