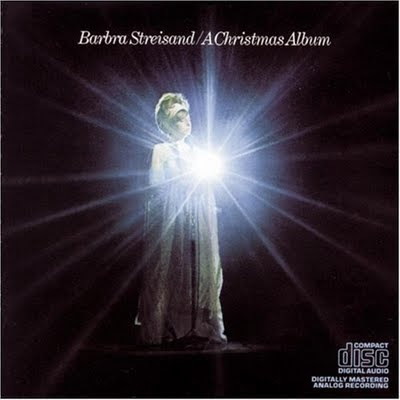 Perhaps my favorite Christmas album of all time, Barbra Streisand's A Christmas Album was released in 1967. Between Streisand's magnificent voice and the sheer joy in the music, it is irresistible. Now, there were no music video's in 1967, so we just have the songs on YouTube. I will start out with her highly stylized version of the traditional Christmas song, Jingle Bells. With Streisand, the song almost becomes a comic romp.

In the next track, Streisand manages to bridge the gap between spiritual hymn and pop power ballad. Her voice is bold and strong, while maintaining the nuance she puts into every song. This is O Little Town of Bethlehem.

Included on the album was a particularly amazing version of Gounod's Ave Maria. It is just an exceptional piece of singing.

On the album, there is a studio version of the song Sleep In Heavenly Peace (Silent Night), but she also performed it live at the Happening In Central Park, a free concert that was a television special. It is just beautiful, and stunning in it's simplicity. It is followed by her version of Happy Days Are Hear Again.