Worth Another Listen - Five Stairsteps 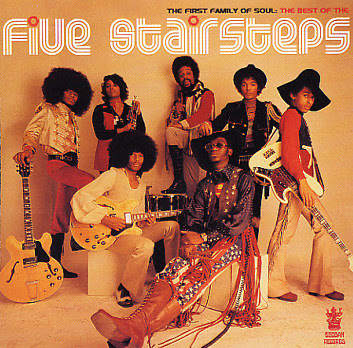 Sometimes a great song is so perfect and timeless, you can't resist it. Such is the case with O-o-h Child. The song has a great message, a beautiful melody, and sung to perfection by the Five Stairsteps, a Chicago-based Burke family; Alohe, Clarence, James, Dennis, Keni, and Cubie. They started performing in 1965, and released their hit in 1970. The song of love and hope is every bit as special as any recorded at the time.

It is interesting looking at some of their videos, as the look very much defined the period. Take, for instance, a look at the 1966 clip of their song You Waited Too Long. Indicative of the period, they are dressed in suits and dresses, unlike the previous clip, when they are all hippied-out, truly a sign of passing to a new decade and a new era in human relations.

In the next clip, sot the same as the last, you can definitely pick up why they were referred to as the 'first family of soul' in Chicago. The harmonies are rich and gorgeous, the emotions heart-felt. Here is the 1966 song, World of Fantasy.