Worth Another Listen - King 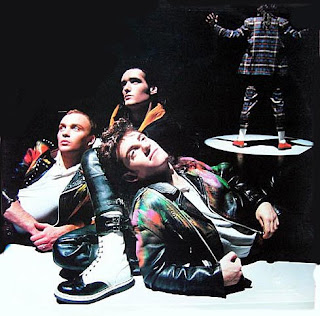 OK, I was crazy about this group way back when. King, led by lead singer Paul King, the band sported incredibly 80s fashions down to the Doc Martens on their feet. The other band members were Mick Roberts, Anthony "Tony" Wall and Jim "Jackal" Lantsbery. The mixture of gawky movement and an abundance of hair products, the band burned brightly for just a few years, enough to whet my whistle and went their separate ways. Paul King turned up on MTV as a VJ in the early 90s, and now works for MTV & VH1 in Europe. 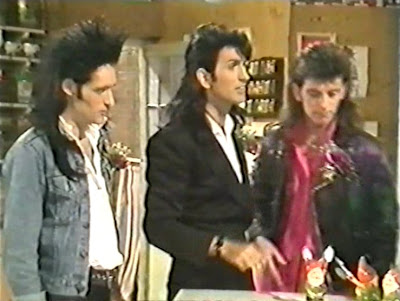 I felt for sure the band must be gay, with a song like Love & Pride, right? Well, not so much, but I loved the music anyway. The 80s were a deceptive time, as many of the str8 boys seemed to aspire to be drag queens with big hair and makeup. Or were they trying to be Cher? Or did any of the people I consider the quintessential acts of the 80s have a clue what they were up to?

Following you will see a video for Alone Without You, and there was also the single Won't You Hold My Hand Now. I bought both King CDs, Steps In Time and Bittersweet, and loved them dearly. I still listen from time to time. I have to admit I had no clue Paul King had put out a solo album, so now I have to go looking for that. It was, from all reports, a commercial failure, which led to the gig with MTV.

Paul King has a fansite set up and can be found here.
Posted by Unknown at 9:00 AM