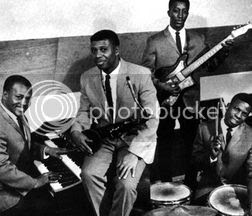 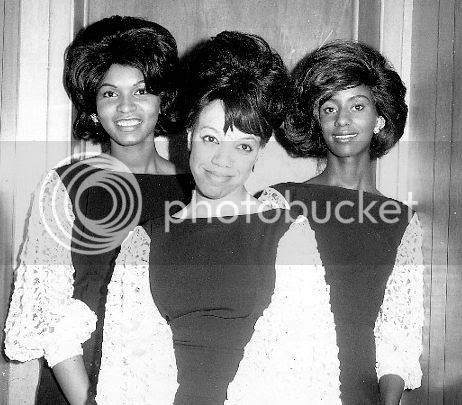 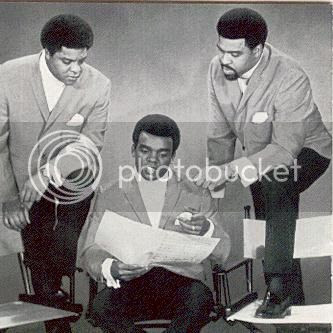 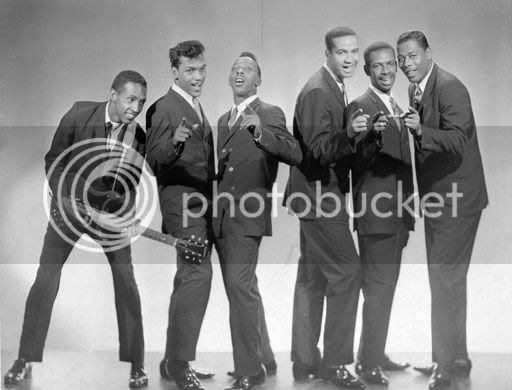 Clockwise: Junior Walker & the All-Stars; The Velvelettes; The Contours; and The Isley Brothers.

Some of the greatest dance music of the 1960s came out of Hitsville, USA, also known as Motown. Motown started out in Detroit, Michigan, in 1959. It was founded by Berry Gordy, Jr., and continues to helm the business today. In fact, there was recent talk Gordy was working on a Broadway musical about the early years of the company. But for our entertainment tonight, I thought I would give a listen a couple of the great dance songs from the Motown acts of the era. While it might be easy to pick some of the songs of the great artists like Diana Ross, The Supremes, Marvin Gaye, Martha Reeves, The Temptations, Smokey Robinson, Stevie Wonder and so many others, I thought I might take a look at a couple of songs that I remember hearing my sister play on the record player, that really speak to a time. I will begin with a song that was a huge hit in 1962. A group called The Contours recorded a song written by the main boss at Motown, Berry Gordy, Jr. Well, before anyone could blink an eye, "Do You Love Me" soared up the charts to #3 on the Billboard Hot 100, and #1 on the R&B chart. Although originally written for The Temptations, it was recorded by The Contours and became a big success. This same version was on the charts once again 28 years later, when it became popular as part of the Dirty Dancing soundtrack, going to #11 on the Billboard Hot 100.

In 1965, the first single for a new Motown act hit the airwaves, and the band never looked back. The song was written by Autry DeWalt, better known for his stage name, Junior Walker. "Shotgun" went to the top of the R&B charts, and to #4 on the Billboard Hot 100. Here it is, sung by Junior Walker & the All-Stars.

The next song was written by great Motown songwriters Norman Whitfield, William "Mickey" Stevenson, and Edward Holland, Jr. and first In 1965, the The Velvelettes took "He Was Really Saying Something" to #64 on the Billboard Hot 100. However, in 1982, the song had it's strongest showing when recorded by the British group Bananrama released it, with background vocals by Fun Boy Three. But here is the original, with The Velvelettes singing "He Was Really Saying Something".

The founding members of The Isley Brothers were Ronald Isley, older brothers Rudy and Kelly and younger brother Vernon. They began as a gospel quartet, the group turned to doo-wop following the death of Vernon. They had their first hit in 1959 with "Shout", but it was a while before they had the second hit. In 1966, they released a song written by the greatest songwriters on the Motown roles, Lamont Dozier and brothers Brian Holland and Edward Holland, Jr., along with Sylvia Moy. "This Old Heart Of Mine (Is Weak For You)" went to #12 on the Billboard Hot 100, and at number six on the Billboard R&B Singles chart. I love this song!