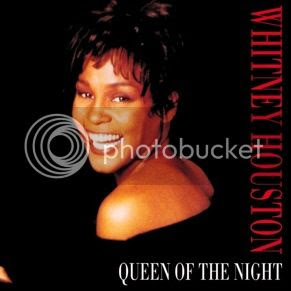 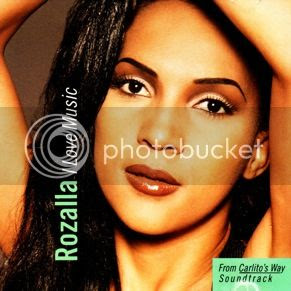 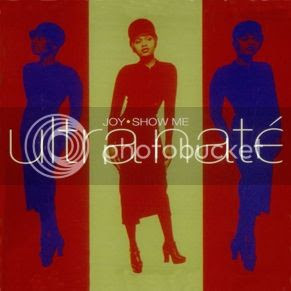 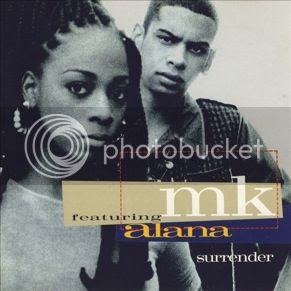 
As my inspiration for the post this morning, I took a look at the dance charts for January of 1994, twenty years ago. I will kick off with the song that was #1 on the Billboard Hot Dance Club Play almost exactly 20 years ago, on January 27th, 1994. That song from off the soundtrack to 'The Bodyguard', and featured the sterling vocals of the late, great Whitney Houston. This is "Queen of the Night", written by some of the greatest names of music at the time. The songwriting credits were listed as Whitney Houston, Antonio "L.A." Reid, Kenneth "Babyface" Edmonds, Daryl Simmons, and Michael Jackson! Wow! Here is Whitney Houston singing "Queen of the Night".


The second song I'd like to share with you is "I Love Music", a song that seems perfect for this blog, doesn't it? The song was written in 1975 by Kenny Gamble & Leon Huff, the men behind the Philadelphia Sound so prevalent in the 1970s. Nineteen years later, the song was recorded by Rozalla, a young woman born in Zambia, and later moved to London to be closer to the music scene. Her version of the song was included on the soundtrack to 'Carlito's Way', a film directed by Brian DePalma, and starring Al Pacino and Sean Penn. The song was a good one for the singer, showing off the richness and fullness of her tone. The public must have agreed with that, for the song was #1 on the Billboard Hot Dance Club Play chart for the week ending January 22nd. This is Rozalla singing "I Love Music".

For some, Ultra Naté was considered one of the most flamboyant and talented of the many 1990s House Divas, never one to come up short with a performance in the recording studio. Bold and brash, she was able to reach for new heights with her vocals, while never sacrificing the heart of the song. This could be because she was also a songwriter, and understood the songs so well. On the weekend ending January 8th, the song at the top of the Billboard Hot Dance Club Play was "Show Me", a fun and catchy song. I hope you enjoy Ultra Naté singing "Show Me" as much as I do!

The final song for this Friday morning is one by Marc Kinchen and featuring Alana Simon. While this might not sound familiar to you, if you were in the clubs in the 1990s, you would be more familiar with their recording names, MK (featuring Alana). MK was a big DJ and producer at the time, making hits for both himself and others for the clubs. The pair had a couple of hits together, including "Love Changes", the song on top of the Billboard Hot Dance Club Play chart the week of January 15th. Electric and powerful, it is no wonder the song had people rushing out to the dance floor. This is MK featuring Alana with "Love Changes".

Have a great weekend!
Posted by Unknown at 9:00 AM No comments: 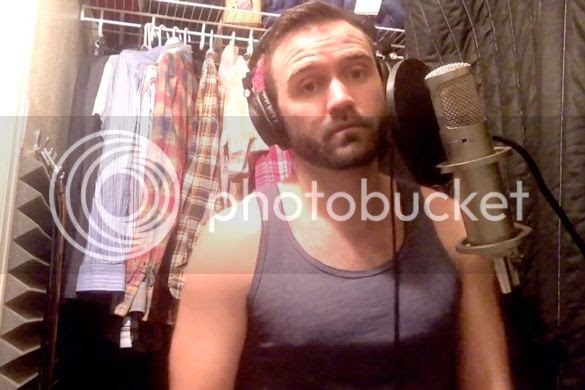 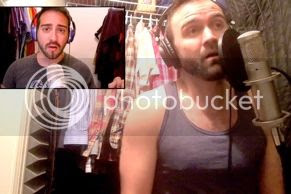 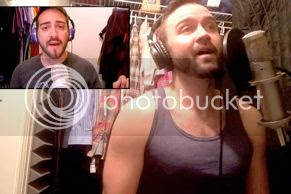 Last fall, A Great Big World shot up the charts with the song "Say Something", a duet with Christina Aguilera that was both charming and touching. The song was written by Ian Axel and Chad Vaccarino, the duo making up the band. The song sold over 2 million copies, and made it to #4 on the Billboard Hot 100. And with all that going on, Jeb Havens thought the song would be perfect for his 'Closet Cover' series, and it seems he was totally right. Jeb enlisted the assistance of Collin Marrera, and their voices came together to sound pretty darned special. This is their man-on-man duet for the song "Say Something". 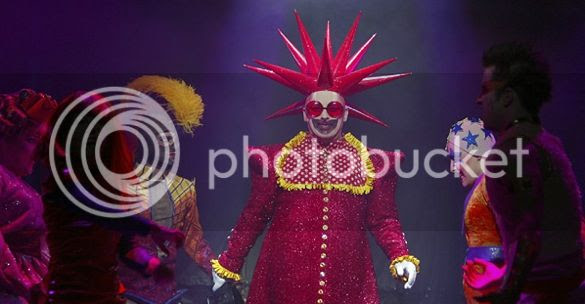 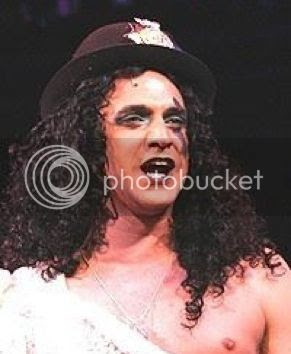 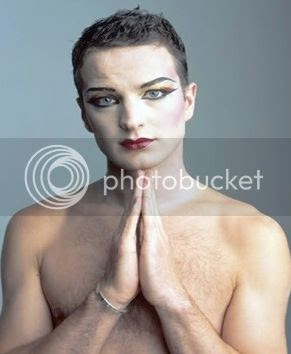 Top: A scene from the Broadway show 'Taboo'. In the center, show creator Boy George. Below left: Raul Esparza as Phillip Sallon. Below right: Euan Morton as Boy George.


A little more than 10 years ago, a new musical was coming together that told the story of the young life of an 1980s superstar, as told by the talented man himself. 'Taboo' told the story of a group of club kids in the early 1980s, from the standpoint of someone who was there. George O'Dowd, know to many as Boy George, the creative genius behind Culture Club, put the show together, writing the music and lyrics, as well as supplying the basics of the story. Boy George rose to popularity on the crest of the New Romantic movement, and for delivering incredibly well-crafted songs. And after hearing the score to the show, I would have to say I think the man still has the talent to deliver the goods. An example of this would be a song sung by Euan Morton, with Liz McCartney, Raul Esparza & the Original Broadway Cast Ensemble. "Stranger In This World" is a beautiful number, sung by the actor playing Boy George. I hope you enjoy it as much as I do.


Well, I couldn't very well talk about the show and not share a song by the genius himself. First up is the song "Everything Taboo", which opens the second act. Club promoter Leigh Bowery is the character who delivers the song, played by Boy George. The song talks about the club scene, and adds a bit of flavor to the proceedings. After that, Euan Morton sings a medley of two of Boy George's hits from Culture Club, "Church of the Poison Mind" and "Karma Chameleon". Morton does an exceptional job treading the line between reminding us of Boy George and stamping his own performance on the song.


Finally, I come to my favorite song from the show. It also just so happens to be performed by one of my favorite actors in the show, Raul Esparza. One of the reasons I love him so much, aside from the dashing good looks, is his ability to have a huge range of characters played, and he does the job without fail. His Phillip Sallon has such a great depth and breath, I feel as though I knew him myself. The song is "Petrified", sung following his character being gay bashed and robbed in London. There is a glorious center to the song, and Esparza never fails to give it life. This is "Petrified",as sung by the amazing Raul Esparza.


Raul also manages to make his voice has so many different sounds, as the tone in his Phillip Sallon sounds very different than his Bobby from 'Company', or from his Riff Raff from 'Rocky Horror Show'. But what it really comes down to is the music, and there are most certainly plenty of riches on that front. This is a song I often listen to before going to sleep at night. And it never gets old. You can purchase the Original Broadway Cast recording of 'Taboo' from both iTunes, where it is available as a digital download, and Amazon, where you can purchase a physical CD.
Posted by Unknown at 7:00 PM No comments: 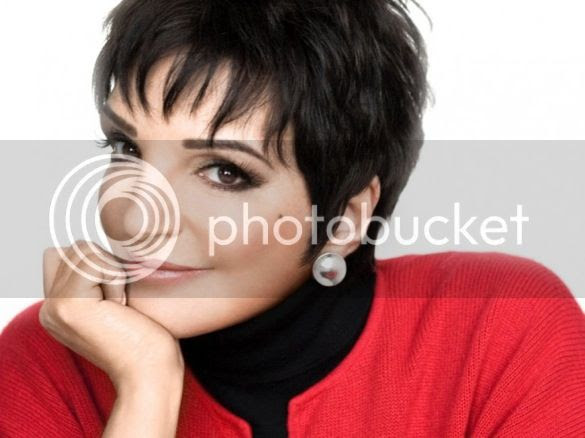 I happened across a clip of Liza Minnelli singing two songs from the 1977 movie musical 'New York, New York' live at a 1980 'Gala For Stars', a television show hosted by Beverly Sills that was a salute to the performing arts. Liza came out to sing "But the World Goes 'Round", followed by the "Theme from New York, New York". Both songs were featured in the film costarring Robert DeNiro and directed by Martin Scorsese, with music and lyrics by John Kander and Fred Ebb. As usual, Ms. Minnelli was quite spectacular. Enjoy.

Why that audience wasn't on their feet by the end of the first song, I have no idea.
Posted by Unknown at 7:00 PM No comments: 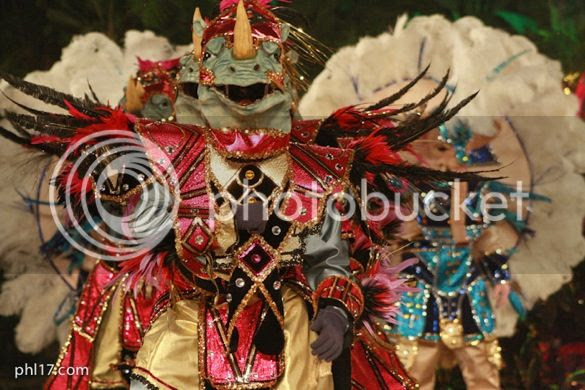 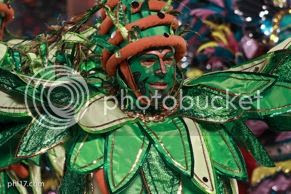 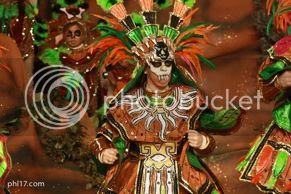 
The Fancy Brigades are very different than the String Bands. While I remember the days of watching them march down Broad Street with the rest of the Mummers, they now perform indoors at the Philadelphia Convention Center, keeping their feathers and sequins fresh out of the weather. They don't play instruments, but instead perform to tracks mixed especially for their performances, showing style and finesse with lots of sparkle. Below are clips of the Top 3 Fancy Brigades of 2013.
In third place, the Saturnalian Fancy Brigade.

Happy new year! To find out more about the Philadelphia Mummers Fancy Brigade Association, visit their official website. For a live stream of the FAncey Brigade performances online, visit PHL17.
Posted by Unknown at 7:00 PM No comments: 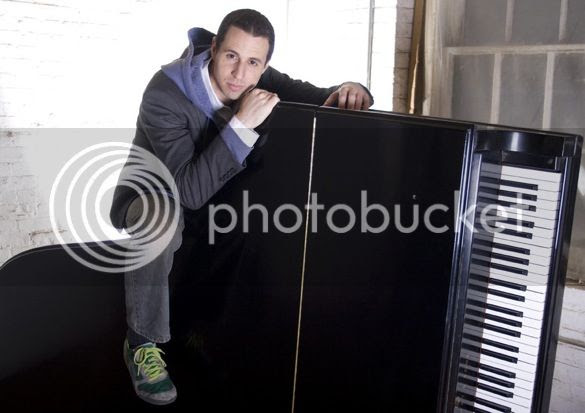 I couldn't have a New Year's Day go by without featuring a wonderful song by Philadelphia-native Avi Wisnia. That would be "New Year", a song perfectly suited for the holiday, off his album 'Something New'. The song celebrates new starts, and new chances. That is exactly what we all look for every January 1st, an opportunity for a new beginning. This is Avi Wisnia singing "New Year".

To learn more about Avi Wisnia, visit his official website. You can also 'follow' Avi on Twitter and 'like' him on Facebook. The song "New Year" can be found on the album 'Something New', which can be purchased from iTunes and Amazon.
Posted by Unknown at 1:00 PM No comments: 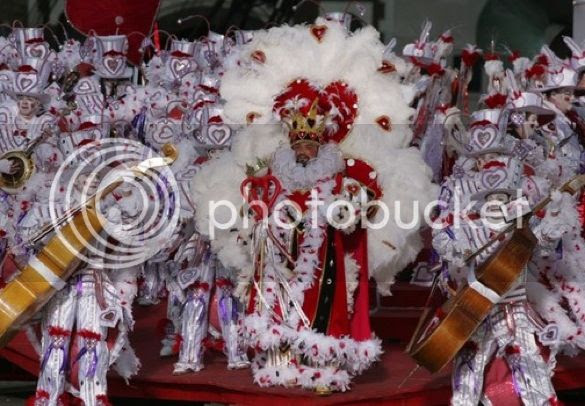 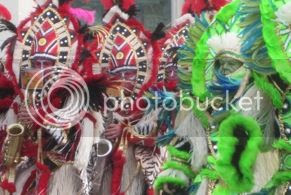 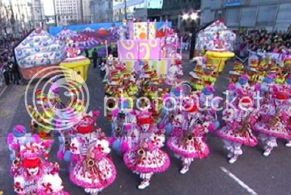 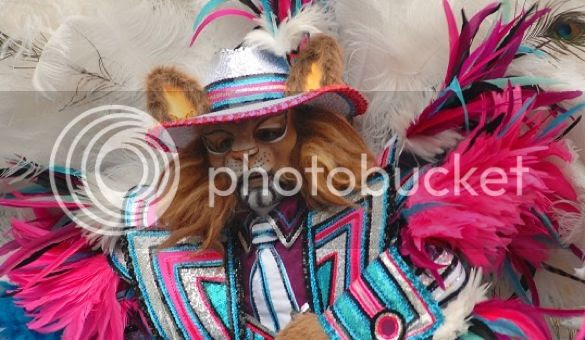 If it is New Year's Day in this neck of the woods, it is time for the the Philadelphia Mummers New Years Day Parade! After all, where else could you get the light, the flash, the colors and the music, all combined into one of the best holiday celebrations anyone could find! For those of you who have never seen the Mummers in action, I thought I would share with you just a small part of the parade, the Top 3 award winners from the 2013 String Band competition. The first look will be the Woodland String Band, who finished the day in 3rd place. They had a great theme of medieval warriors from a castle, wearing, of course, plenty of feathers, satin, and sequins!


When the marks of the judges were tallied, Quaker City String Band finished in 2nd place. They adopted the theme of celebrating Native Americans, with the glamorous addition of feathers, sequins, satin, and banjos! With a scene awash with orange, yellow, and green, the Quaker City String were a sight to see.


Finally, the winner of the String Band competition last year was the very talented Fralinger String Band. Using metalic coffins, vampires, skeletons, and Frankenstein monsters, the colors were black and white, and everything in between to create a beautifully woven tapestry that enticed and intoxicated.

Happy New Year, Philadelphia style! To learn more about the Philadelphia Mummers Near Years Day Parade, visit their official website. For a live stream of the parade online, visit PHL17.
Posted by Unknown at 9:00 AM No comments: