Paolo Nutini Covers And Such 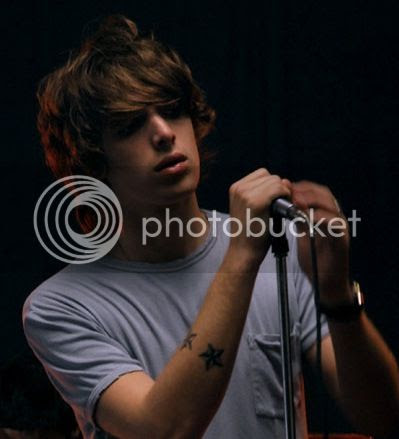 Hey, I was just in the mood to hear the voice of the beautiful Scotsman, Paolo Nutini. For someone so very young, Paolo has something very special going on when he sings. I wasn't too sure about him after I heard his 2006 hit, "New Shoes", a catchy and very poppy tune. But if you listened to the other music on the album, you would learn there was much more to the artist than that first single. The title single for the album, "These Streets", was far more memorable for me. So I was intrigued to see which Paolo we would see on his sophomore effort, Sunny Side Up. One of the songs I loved on it was "Pencil Full of Lead", not a cover, but written written by Paolo with an older feel.

I really enjoyed his cover of the Gnarls Barkley song, "Crazy". It fits his vocals so well, I kinda wish he would record it in the studio.

In another special live event, Paolo recorded a stunning version of the song written by Bob Thiele and George David Weiss, and recorded by Louis Armstrong. In 1999, Armstrong's recording of "What A Wonderful World" was inducted in the Grammy Hall of Fame. I have to say, Paolo serves it up in form.

Now I didn't think anyone could deliver "I'd Rather Go Blind" like Etta James could, and that may be true. However, when Paolo sings the song written by Ellington Jordan and Billy Foster, he owns his version with amazing depth. Enjoy.

And I almost forgot to mention, Paolo is awfully easy on the eyes. For more about Paolo Nutini, check out his official website. You can buy his latest album, Sunny Side Up, on iTunes and Amazon.
Posted by Unknown at 7:00 PM