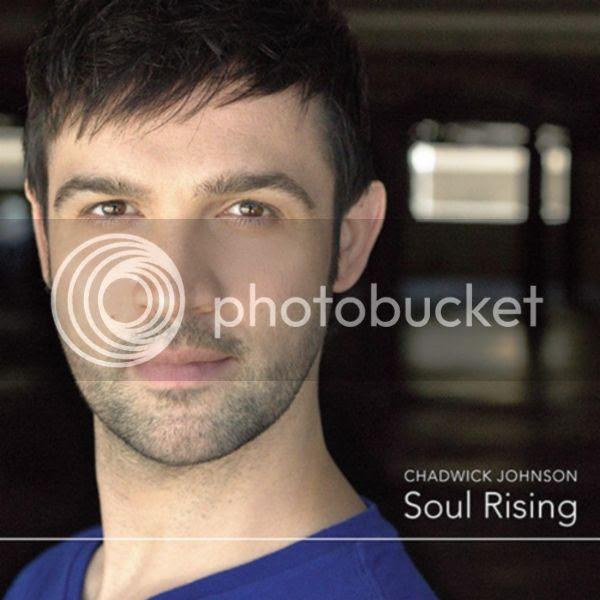 I can't tell you how excited I was to discover there was new music out from a favorite of mine, Chadwick Johnson. Soul Rising was released earlier this month, giving me the opportunity to hear it a couple of times. The seven-song release is either and expanded EP, or a short album, but no matter how you want to describe it, gorgeous must be included. This is not the first time I've been able to feature Chadwick on the blog. A year ago, he won an OUTMusic Award for "Intoxicated", called the OUTStanding Dance song in the 7th Annual Award Ceremony. Chadwick has caught my attention earlier when I heard his EP Live & Unplugged, a three-song EP that blew me away. Including a stripped down acoustic version of the dance hit. I was definitely a fan, eagerly anticipating the chance to hear more. 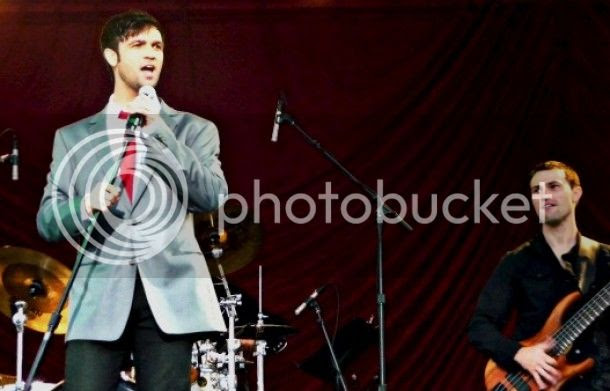 Performing live on the Jimmy Kimmel Stage in Los Angeles.

The album kicks off with the beautiful song by Willie Nelson, "Angel Flying Too Close to the Ground". The song was sung by Willie in the 1981 film, Honeysuckle Rose. There is an inspirational, almost a gospel feel, a perfect showcase for Chadwick's gorgeous voice. The second track, "I'm Gonna Live", has a more personal feel. I am not sure if this was written by Chadwick or just a song I don't know, but it is another brilliant choice. The chorus soars, as could be expected with Chadwick's rich vocals. "Unchained Melody" is about as iconic a song as there is out there. The song was written in 1955 with music by Alex North and lyrics by Hy Zaret. It was made famous by the Righteous Brothers in a 1965 recording that many consider the best recording of the 20th century, and maybe ever. While it has been covered by many, Chadwick strips it back to the bones, and gives it the rich emotional value the song asks for. There are not many who could hit the notes written with such depth and fullness. While "Sometimes Love Just Ain't Enough" was written and performed originally as a duet, Chadwick makes it work beautifully as a solo turn. The song, released in 1992 by Patty Smyth and Don Henley, written by Smyth and Flen Burtnik, has an aching heartache that is impossible to deny.With a simple acoustic guitar backing the vocals, the song takes on a confessional quality. There is such a beauty in the simplicity of the production, reminding me how great this song was to start with. "Stain On My Heart", the next track, was originally featured on an album by Swiss singer Stefanie Heinzmann. I had never heard it before, but love the way it delivers Pop in grand proportions, reveling in the pain love can bring. While he is heaping on the Pop, the sixth cut is "Everywhere You Are", another song of which I am not familiar. Once again, the song starts with a simple treatment, asking the singer step up to deliver the heart of the song, love. And Chadwick delivers, leaving me feeling like he's given me a warm embrace. It would be nigh on impossible to not know "Edge of Glory", the bombastic Pop megahit written by Lady Gaga, Fernando Garibay and DJ White Shadow, and released by Gaga. The song opens with a soft piano laying the groundwork to allow Chadwick to soar in the chorus, giving life to a song that is often delivered with a hollow enthusiasm. Here is a clip of Chadwick performing the song live on the Jimmy Kimmel Stage in Los Angeles.

I love Soul Rising, a delicious banquet of Pop tastiness. With an assortment of classic songs along with ones that are new to me, it keeps me coming back time and again. I hope we get some videos of Chadwick perofming the songs, for I truly just can't get enough. You can find it on iTunes and Amazon. For more about Chadwick Johnson, visit his official website. You can also follow him on Twitter, and "like" him on Facebook.
Posted by Unknown at 7:00 PM