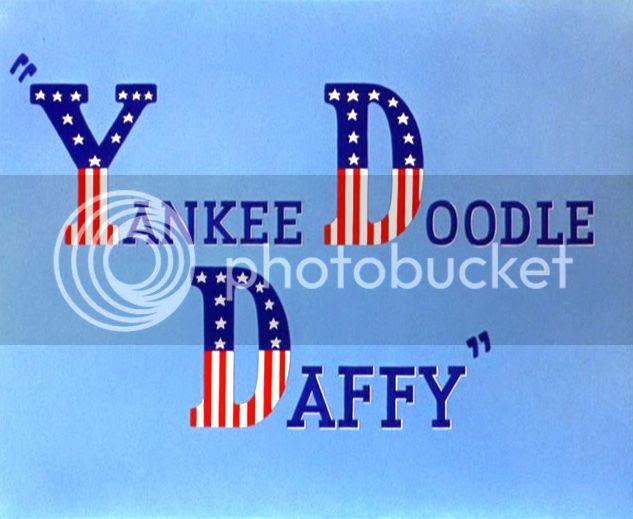 Enjoy a little bit of Daffy fun on July 4th! According to Wikipedia:

Yankee Doodle Daffy is a Warner Bros. Looney Tunes theatrical cartoon short released in 1943, directed by Friz Freleng and written by Tedd Pierce. The short was the second Technicolor Looney Tunes entry to feature Porky Pig and Daffy Duck (after My Favorite Duck).

The title and introductory music are inspired by the 1942 film Yankee Doodle Dandy, a major hit and a Warner release. Other than the fact of both films being about show business, they have no plot elements in common. This is the first cartoon in the collection that came from public domain.