Elton John • Madman Across The Water 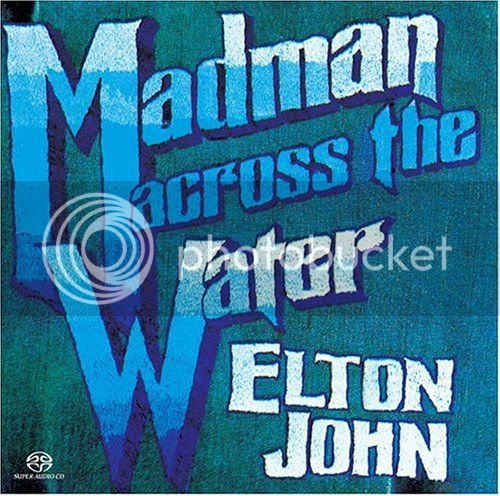 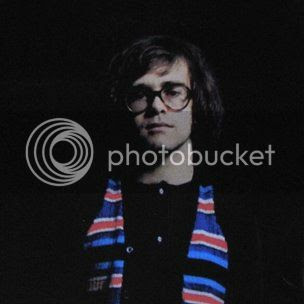 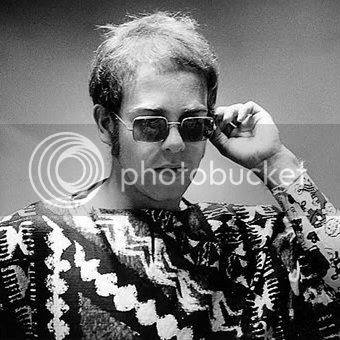 It can be easy to forget how long Elton John has been a driving force in Pop music. I can hardly believe that is has been almost 42 years since he had his first hit on the US charts. So much time has past since then, both in life and in Elton's career. Well, for starters, he is now referred to as Sir Elton John, having been knighted by Queen Elizabeth II in 1998, for "services to music and charitable services". That would includes so many charities, although he is perhaps best known for establishing the Elton John AIDS Foundation, which he established in 1992, and continues to back 20 years later. However, I am now taking us all to the time when very few knew his name, nor cared with whom he is sleeping. He was just a singer/songwriter from England, working with writing partner Bernie Taupin, and making some very great music. In 1970, Elton released his second album in the UK and first in the US, the eponymous Elton John. The album had some success in the US, reaching #4 on the Billboard US Pop Albums chart, although the first single, "Border Song", barely made it into the Hot 100, making it to #92. The same could not be said for the second single, the now iconic "Your Song". Released in 1970, at first it was the B-Side for the song "Take Me To The Pilot", only it soon was shown to be preferred by the radio DJs, and zoomed up the Billboard Hot 100 chart to #8.

I mentioned the single off Elton John to show how this relative unknown was making music that connected to the audience and prepared them for what was coming in his 1971 release, Madman Across The Water. Released in November, the album went on the claim double Platinum status in sales, and climbed to #8 on the Billboard 200 album chart. The first single off the album was the gorgeous "Levon". The song was said to be named after Levon Helm, the lead singer of John & Taupin's favorite band of the time, The Band. The song went to #24 on the Billboard Hot 100.

I was very excited to a clip of John performing "Indian Sunset", a sweeping song that chronicles the plight of the American Indian in North America. While artistic license might have been taken with the facts, one can hardly miss the inherent beauty and heart found in the song. While never released as a single, it is a strong example as to the strength of the album. Enjoy "Indian Sunset".

Finally, there was the amazingly beautiful, "Tiny Dancer". Released in 1972, the song went to #41 on the Billboard Hot 100, yet had the staying power to be certified Platinum in sales in the US last November, some 39 years after release. The song still sounds fresh today, and always wroth another listen.

Keep in mind this music was being made at a time when John and Taupin were both unknowns, honing their craft with amazing sensitivity. Taupin was in his first of four marriages, while John was engaged to Linda Woodrow. It wasn't until 1976 that John spoke of being a bisexual. And long before he came out of his marriage to Renate Blauel in 1988 and felt comfortable with his homosexuality. He was just finding himself as a performer, years away from the flamboyant costumes and exaggerated live shows. He was, however, writing and performing intimate and lovely songs in a stunning way. You can purchase Madman Across The Water on iTunes and Amazon. You can also find his Greatest Hits, released in 1974, on iTunes and Amazon. For more about Elton John, visit his official website. And to learn more about the Elton John AIDS Foundation, visit them online.
Posted by Unknown at 7:00 PM

Email ThisBlogThis!Share to TwitterShare to FacebookShare to Pinterest
Labels: 1970s, elton john, madman across the water