Dusty Springfield • I Don't Know What To Do With Myself 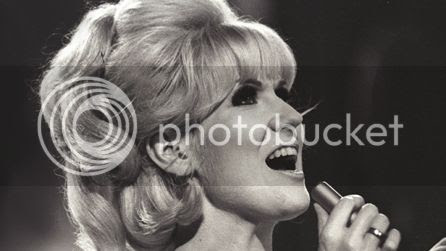 Forty-eight years ago, Dusty Springfield released a couple of singles I personally love a lot. Like to distraction. She was still at the beginning of her career, having only released her first single at the end of 1963. That single was "I Only Want To Be With You", a memorable debut that went to #4 on the British Pop chart, and #12 on the US Billboard Hot 100. Her third single was one of my favorites, for it was just fantastic. Written by the iconic team of Burt Bacharach and Hal David, "Wishin' and Hopin'" had charm and style, and made it to #6 on the Billboard Hot 100.

The next single was "All Cried Out", written by Buddy Kaye and Phil Springer. While Kaye wrote many songs, he might be best remembered as the writer of the theme song for "I Dream of Jeannie" on television. Although the song didn't perform all that well on the charts, I think it is a great song, and was sung perfectly by Springfield. This is a wonderful live performance of the song.

Dusty's fifth single was "I Don't Know What To Do With Myself", another written by the Bacharach/David team. It had a punk and bravado that was just so very charming, and positive. Although not officially released in the US, it did make it to #3 on the UK Pop chart. In the US, the song was released by Tommy Hunt, and was re-released due to the popularity of Springfield's recording overseas.

Many believe that Springfield help change music, with her beautiful, and soulful songs. It was unfortunate that Dusty Springfield passed away in 1999, after a five-year battle with breast cancer. She was just fifty-nine years old. But her music lives on. You can still find her music on iTunes and Amazon.
Posted by Unknown at 9:00 AM