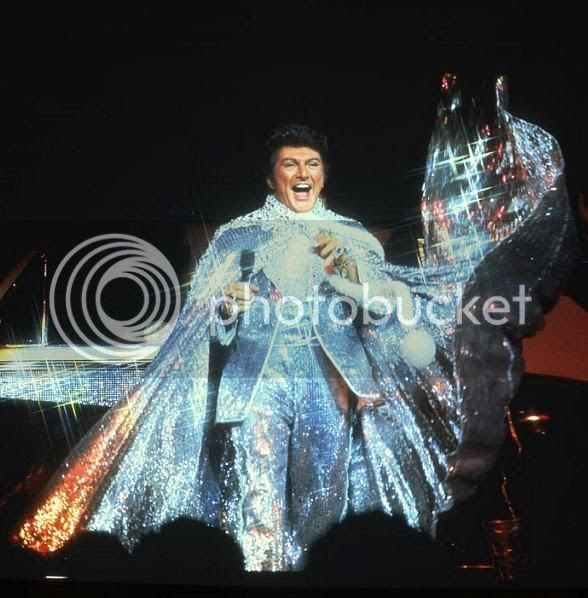 For some, Liberace was one of the most gifted pianists to take to the stage in some time. To others, Liberace was the greatest showman since PT Barnum. To other, he was the gayest man they had ever come across, dripping in jewelry, feathers and furs. And for others, he was the first name they could recognize who died an AIDS-related death. But most of all, he was a talented musician who made a name for himself and others after being born Wladziu Valentino Liberace to a poor family outside of Milwaukee, Wisconsin. His was was also a musician, although he often took jobs in factories to make sure food was on the table. Liberace, known as Lee to those close to him, started on the piano at a young age, having been taught a love and respect for music by his father. However, between issues with his speech, his love of music, and his avoidance of sports, Lee was often bullied by other kids, something many of us are familiar with. Also during his teen years, the country slipped into the Great Depression, and his family was hit hard. Lee would play in order to contribute to the family coffers. By the time the 1940s rolled around, he was playing in bigger clubs and halls, and starting to amass a fan base. He would play a combination of the classics and pop standards, and at times add a little humor to the shows. As he grew more popular, he was also becoming more lavish, creating a brand for himself. His costumes we bejeweled with sequins and rhinestones, and elaborate candelabras were placed on the fanciest of pianos. It was said in the 1950s, 1960s and 1972, he was the highest paid entertainer in the world, or at least in Las Vegas. 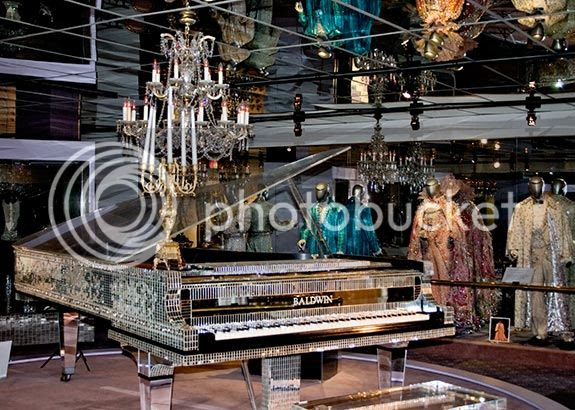 When he was still playing the small rooms, he had a clever trick. He would play a song most people knew, and many could play on the piano, like "Chopsticks". he would then play it in the style of some of the great composers, making even a simple song sound grand. here is a clip of Liberace's very special take on "Chopsticks".

People would flock to his shows in Las Vegas, and stages were build to accommodate his staging needs. You see, not only was he utilizing mirrored pianos, gold and silver candelabras, he was also being driven on stage by some of the most expensive cars in the country. He would get out of the car, wearing capes of feathers and sequins, a great peacock on the stage. The child who at one time was being mocked and ridiculed for his effeminate behavior, was now being applauded and highly paid because of it. You know Liberace saw the irony there, don't you? Here he is bringing another gift of his, combining the culture of classical music with the world of more popular music. Watch as he plays Ludwig van Beethoven's "Moonlight Sonata" and "How Insensitive", a bossa nova by Portuguese composer Antônio Carlos Jobimis.

Now he never shied away from playing classical music for his audience, and here he tackles a tough one. This is "Concerto in B Flat Minor" by Tchaikovsky, which is really incredibly wonderful to hear. Make no mistake, Liberace could play the piano.

When he plays this Gershwin Medley, we are reminded that not only was Liberace an excellent pianist, but that Gershwin's music was complex and gorgeous, and there was a reason it was popular then, and has remained to popular even today.

During the 1980s, Liberace's popularity started taking a hit. While many whispered behind his back, questioning his sexuality, in 1982 Lee was sued by his former chauffeur, Scott Thorson, for palimony. Thorson, 40 years Liberace's junior, testified that he was Liberace's companion and lover until he was fired following a lover's fight. The case settled out of court in 1986, with Thorson getting relatively little. Later, Thorson said he settled due to Lee's ill health, as they AIDS-related illnesses were taking their toll. Liberace passed away the following year, at age 67. To this day, the Liberace Museum remains in Las Vegas, housing his over-the-top costumes and props for the world to see. You can find The Best of Liberace on iTunes and Amazon.
Posted by Unknown at 7:00 PM