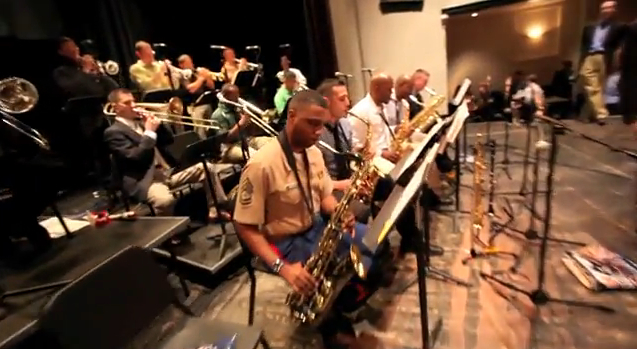 As we in the United States give our thanks to the men and women who have served this country in the armed forces. And by saying that, I mean all people, gay and str8. I thought I would try to celebrate it the way I do best here at this blog, with music. I will start with something I can think of little to say, and here is why. This is a clip of Judy Garland sings The Battle Hymn of the Republic. Amazing!

The choral group Vocal Majority is an amazing Dallas-based group that has won countless titles in competitions all over. Here is a clip of them celebrating the armed forces in a medley of the songs from each of the branches.

The Marine Corps All-Star Jazz Band has a wonderful tribute to the forces a couple of years ago, playing a jazz version of the Marine Hymn. Although it might not have a bunch of sexy dancing, it was still a delight and quite fun.

Of course, I would be unable to do this post without the tribute to the armed forces from the Village People, and their iconic In The Navy. I would have to think the appearance on the battleship was not endorsed by the Navy, but the flag routine is worth the cost of admission!

Happy Veteran's Day!
Posted by Unknown at 9:00 AM