Worth Another Listen - Wham! 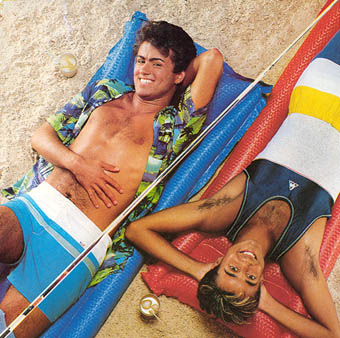 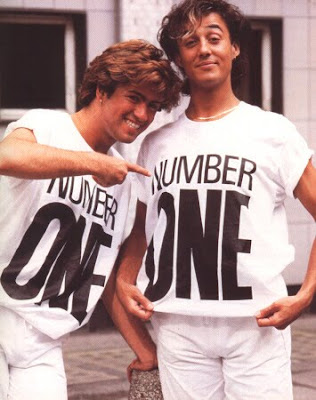 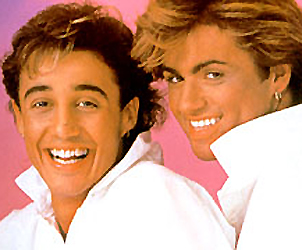 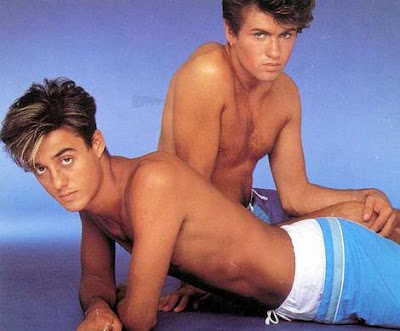 Wham! formed in 1981 in the UK, when George Michael and Andrew Ridgeley came together. But they weren't a blip on the US in 1984 with the release of the album Make It Big and the single Wake Me Up (Before You Go-Go), which could be found on top of the charts worldwide, as well as setting off gaydar detectors left and right. When George took the stage with the short-shorts, did anyone even notice Andrew was playing?

Wham! followed that up with Careless Whisper, a song that is still played almost non-stop on adult contemporary stations everywhere. At this time, the record company and George were trying to convince the world he was str8, even a bit of a playboy, the handsome blond singer not settling down with a woman [now we know there were obvious reasons for that]. Of course, this was long before he was arrested for propositioning police officers in public bathrooms in Beverly Hills.

In 1986, George and Andrew decided to go their separate ways. George was eager to make more sophisticated music and leave the bubblegum of Wham! behind. Post-Wham!, Andrew tried his hand as a race car driver in Formula One racing, then tried to revive his music career, before finally returning to the UK to live with his significant other, Keren Woodward of the girl-group Bananarama. George went on to super-stardom, a solo career that is marked by hit after hit. However, in the last several years, it has also been marked by oddness and appearances in the police blotters in papers across the world.
Posted by Unknown at 1:00 PM

Email ThisBlogThis!Share to TwitterShare to FacebookShare to Pinterest
Labels: andrew ridgeley, george michael, wake me up before you go go, wham