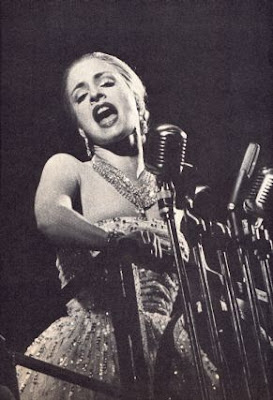 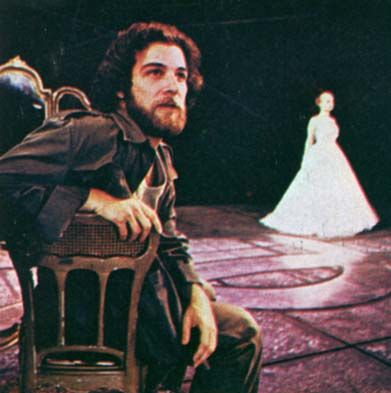 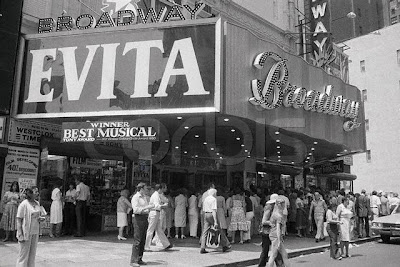 It was 1979, and the musical Evita was all the rage. The music and lyrics were written by the hot young duo of Andrew Lloyd Webber and Tim Rice. And by hot I am meaning professionally, because there is no way at any given point in time Webber could be considered physically hot. It starred a young woman who had many roles on Broadway prior to this, but used the role of Eva Peron to skyrocket to fame. Patti LuPone was a tour de force in the role, and earned endless praise. Another breakout star was Mandy Patinkin in the role of Ché Guevara, with his amazing voice and vocal range, and an acting ability that saw no bounds.

Evita was the story of Eva Peron, and her rise from commoner to the first lady of Argentina. It is thought she slept her way to the top, chewing up and spitting out many on her way, and this musical doesn't disagree with that point. But with her booming voice and amazing charm, LuPone keeps the story interesting and the character human. Here is Patti singing Don't Cry For Me Argentina in a special event.

The production won 7 Tony Awards, including Best Musical, Best Lead Actress In A Musical for LuPone, and Best Featured Actor In A Musical for Patinkin. It opened in September 1979, and closed in 1983 after more than 1,500 performances.
Posted by Unknown at 7:00 PM