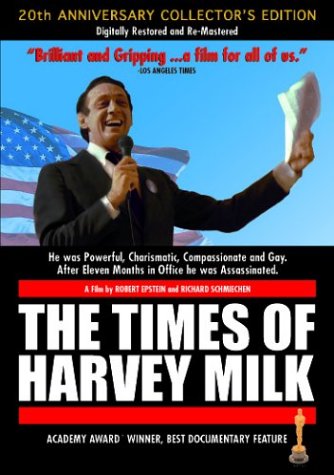 The documentary The Times of Harvey Milk came out in 1985, centering around the 1978 assassinations of Supervisor Harvey Milk and Mayor George Moscone of San Fransisco, California. With narration, by the distinctive voice of Harvey Fierstein, Director Rob Epstein does a masterful job of weaving the intricate story of the rise to power by the first openly gay elected official in the United States. 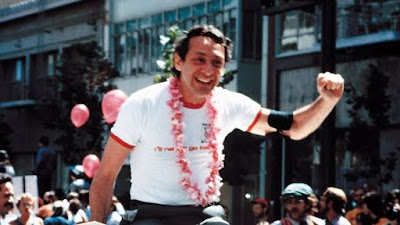 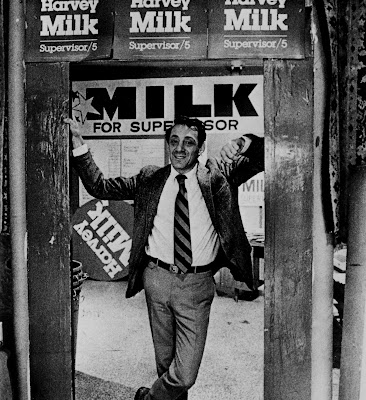 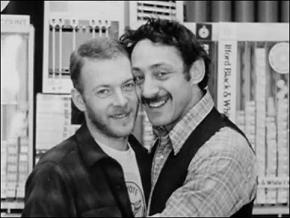 The movie never fails to effect and affect me in every possible way. I am moved to tears, and feel the fear as well as the exhilaration of every twist and turn. When I see the footage of Supervisor Diane Feinstein [now serving as the US Senator for the district] announcing the events of November 27, 1978, I still get goosebumps and my eyes fill up.

The documentary went on to win the Academy Award for best documentary, a Peabody Award, and countless other prizes. Harvey Fierstein also won an Emmy for Best Interview/Interviewer. I had heard of Harvey Milk prior to the film, and was already reading Randy Shilts, an amazing book that spoke not only to the man, but to the times and the politics of the situation. If you haven't experienced both, I would suggest you look to do just that. Excellent material! You can find out more about the documentary by clicking here, and the book here.
Posted by Unknown at 8:00 PM