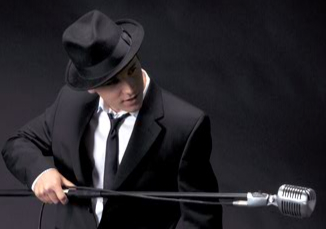 He hails from the Seattle, Washington, area, and the 21-year-old throwback has been making a name for himself in the Pacific Northwest, and is trying to break into a bigger market with a slick video just placed on YouTube. Chris Anderson released his first album this year, the aptly titled How Sweet It Is. It is a collection of hits delivered in the crooner style of some of Anderson's inspirations, Bobby Darin, Michael Bublé and Harry Connick Jr. While at first that put him at a disadvantage for me, as I only really like one of those, and he passed away 36 years ago. 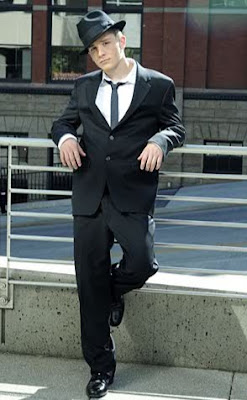 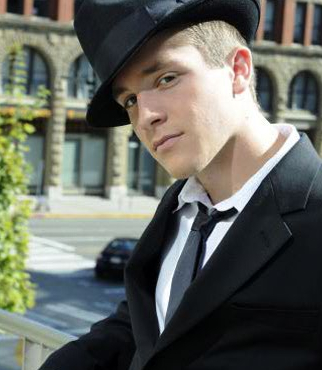 He was initially sang pop songs of his own generation, but after being introduced to the jazz standards by his grandfather, he decided to change his career path. Shoot forward to yesterday, when I received an message at my email account from him asking me [and most likely thousands of other people with YouTube accounts]. Hey, who am I to pass up on a chance to watch and listen to a young man sing? For such a young man, he does a nice job, and has a very nice voice. Once he really gets his feet under him, He very well might make a name for himself. His is handsome, a good voice with nice control, and the camera seems to really like him.

That is Chris singing Fever, the great song by originally recorded in 1956, and was made a hit in 1958 by Miss Peggy Lee. The video is very well done, and he shows quite a nice charm. To find out more about Chris, click here. You can hear more songs, and if you should desire, purchase his CD and have it sent to you!

Email ThisBlogThis!Share to TwitterShare to FacebookShare to Pinterest
Labels: chris anderson, crooner, fever, how sweet it is