Worth Another Listen - The Human League 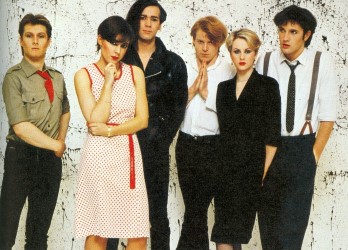 The Human League? It took me this long to get to The Human League? I know, seriously, how could I have any credibility at all, right? Oh well, I'll have to get over it and do this. The Human League formed in 1977 in Sheffield, England. Singer Phil Oakey has been fronting the band since the beginning, when it was an all-boy band. In 1980, Susan Ann Sulley and Joanne Catherall joined the band, and since 1987 the three made up The Human League from then to this day, with a revolving roster of musicians. 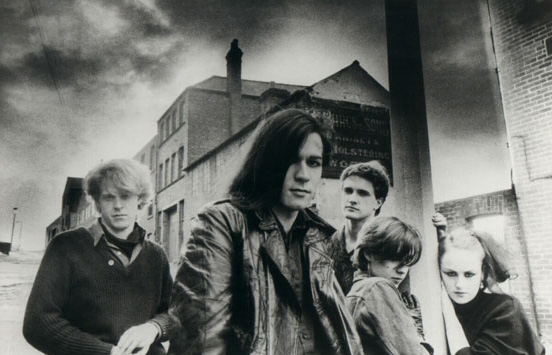 Here in the US, the League took off in 1981 with the release of their third album, 'Dare'. After not charting with a previous single to going to #1 in the Billboard charts with "Don't You Want Me Baby", the high-energy, high-concept song open to interpretation, be it about love gone wrong, or a demented stalker's tale.

In 1984, singer Phil Oakey recorded a song he had written for the soundtrack for a movie, 'Electric Dreams'. Super-Producer Giorgio Moroder took the helm of the single, "Together In Electric Dreams", which rose to #3 on the UK charts, and well in the US charts. Frankly, I loved this song.

Until this moment, I have been ignoring the fact that is was the 80s, and there were some incredibly bad hair going on, and Phil certainly sported his fair share. In the early days, he had this bizarre mullet, only it was business on the left, party on the right, with the short crop on one side, and a big swoop that continued to almost shoulder length hair. Thankfully, he finally moved away from that look. 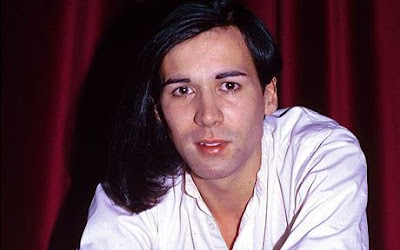 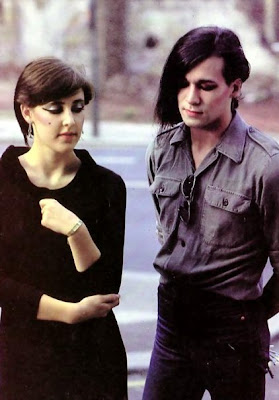 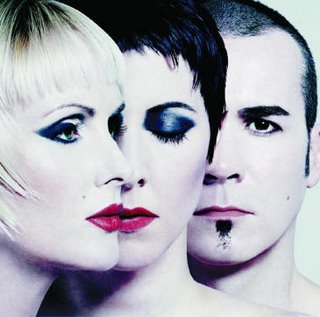 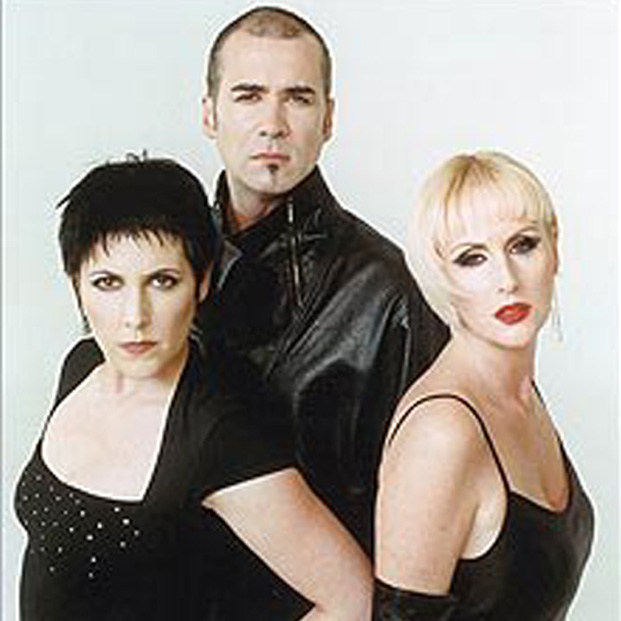 The last song to hit the US charts was 1990s "Tell Me When" from the album 'Octopus'. The Human League released their last album in 2001, entitled 'Secrets'. But Phil, Susan and Joanne still tour together, and say they enjoy it and will continue on as long as people show up to see them. To find out more about The Human League, check out their official website.
Posted by Unknown at 7:00 AM