Not sure what else to say except that Tracey Chapman is an exceptional talent. As a songwriter, she can be so poetic, and the music so inspired and organic. As a singer, she is always right there with the interpretation, emotionally right there while maintaining her own ever so light quirky of cadence. 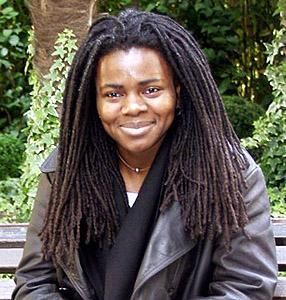 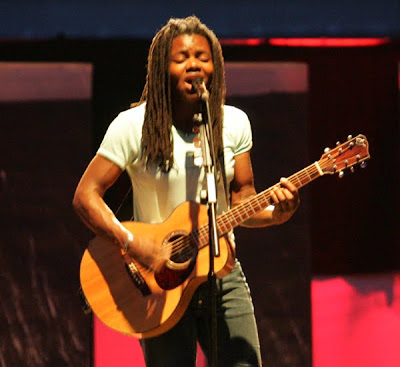 In 1988, the self-titled debut album was released, as well as the first single, Fast Car. When I think of what was playing on the radio at the time, this was about as different as you can get. INXS, Poison, Steve Winwood, Whitney Houston, Chicago, Exposé, and Rick Astley were scoring the hits with produced and stylized pop, dance and rock, and here comes Chapman with a soft and subtle acoustic folk with an understated delivery. Not only did the song rise to #5 on the Billboard chart, it also finished the year in as one of the Top 100 songs of the year.

Seven years later, and Chapman is still putting out music that is in keeping with her own taste and style, while maintaining herself as a relevant artist on the radio. The 1995 release of New Beginning once again introduced some fresh air to the stale world of radio, giving a bit of the blues with the song Give Me One Reason.

Returning to 1988, the second single from the debut album was a bit more classic folk, at least in theme if not by music as well. Her discussion of social issues, from the welfare line to the unemployment line to the army of salvation was almost biting by comparison to much that was clogging the airwaves. The simple production of the song used light percussion and guitar, and focused on the voice and message of the song. It just seemed right. So here is Talkin' 'Bout A Revolution.

Tracey Chapman was rumored to have dated writer Alice Walker in the mid 90s, but to the best of my knowledge has never 'come out' with any information on her sexuality, although many presumed her to be a lesbian. To find out more about what has been going on in Chapman's life, visit here official website by clicking here.
Posted by Unknown at 7:00 AM