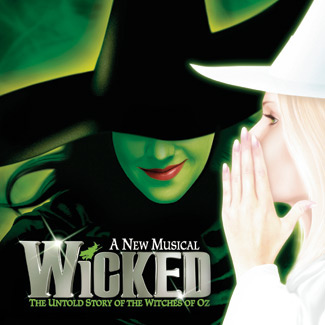 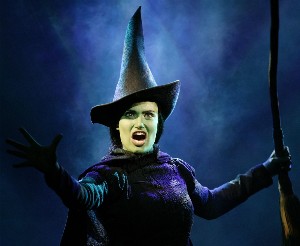 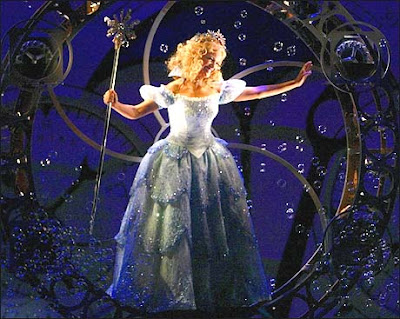 Idina Menzel and Kristin Chenoweth starred in the Broadway musical Wicked. They were both beyond spectacular. Wicked essentially gives you the backstory to The Wizard of Oz. But it is much more than that, for it is about being different, not fitting in, and how the majority can injure the minorities. 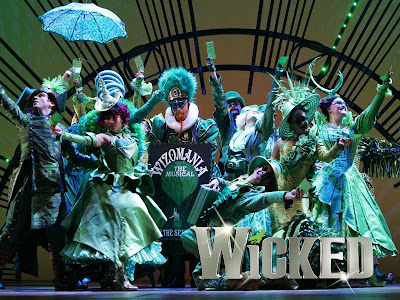 Idina Menzel play Elphaba, the Wicked Witch of the West, and shows how a green young girl goes from innocence to wicked through life's trials. Idina must have really had to act here, since that lucky woman is beautiful, has a gorgeous voice, and is married to Taye Diggs, who she met while both were in the original cast of Rent on Broadway. She gave girth to a son in September. Here she sings the amazing song Defying Gravity.

Kristin Chenoweth played Glinda, the Good Witch. Glinda's path is one of redemption, as she starts out a rather shallow and self-involved character and grows to become so much more. Kristin is immensely talented, as could be seen on both Pushing Daisies and Glee. She won the Emmy this season, and just went to Washington, DC, to participate on the March for Equality. In this clip, she sings Popular.

The show is an incredible show, and has opened throughout the world. In the Melbourne production, Anthony Callea [a favorite of mine] played Boq, the munchkin in love with Glinda, the same role American Idol runner-up Adam Lambert played in the American touring company. It is still running on Broadway, as well as touring. To find out if it might be playing near you, you can check out the official website here.
Posted by Unknown at 7:00 PM