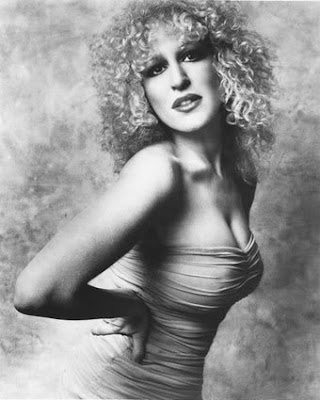 Bette Midler, the Divine Miss M, is in the middle of a 2-year run in Las Vegas, at the Colosseum at Caesar's Palace. She does approximately 200 shows a year, and receiving a paycheck in the millions, and I am sure worth every penny. I have been a fan since the early 70s, with the Divine Miss M album, and the Clams on the Half Shell Revue. He voice is distinctive, and her humor biting at times, often raunchy. The show is a bit of a greatest hits presentation, including one of her early songs, Do You Wanna Dance?

As far as I am concerned Bette can [and has] sung any style she wants. From stylized period pieces to gorgeous ballads, she owns every song she sings. Another of the songs she sings is Stay With Me, which she sang in the movie The Rose. Her brilliance in singing this blues rock song is just amazing.

Bette has done so much during her career, it will take more than one post to handle it. She is a series in the making! But I thought I would kick it off with a Saturday night with Bette, as I can think of no better way to spend one than to fly to Las Vegas and catch the show. Ah, if dreams would come true. You can find out more about Bette at her website here. The show schedule and ticket purchases can be found here.

Email ThisBlogThis!Share to TwitterShare to FacebookShare to Pinterest
Labels: bette midler, do you wanna dance, las vegas, stay with me