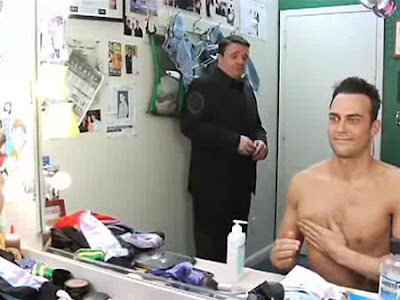 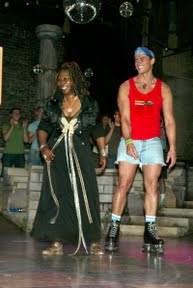 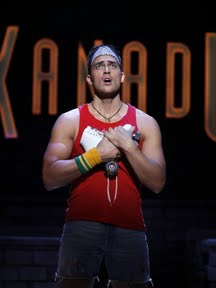 Xanadu opened on Broadway in the summer of 2007, the musical adaptation of one of the classic movie flops of all time. The original cast included James Carpinello in the leading male role, only to have him go down with a leg injury due to a fall in a roller skating rehearsal and be replaced by Cheyenne Jackson. Jackson received rave reviews for his performance, yet come time for the Tony nominations, he was left off the roster in what some saw as a snub. Prior to the announcements, many made him a shoe in for the win. 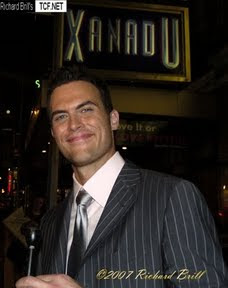 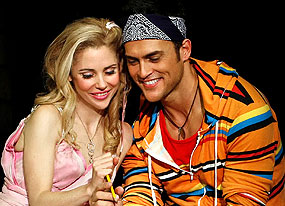 The female lead was played by Kerry Butler, who received a Tony nomination for her work. At one point, Whoopie Goldberg played the part of one of the muses, a chorus on stage, as it were. I would try to explain the story, but Lily Tomlin did a much better job on the Tony Award broadcast.

Jackson is gorgeous, looks great in the cut offs, and has a fantastic voice. He is rumored to be joining the cast of 30 Rock on NBC. I certainly that doesn't prevent him from doing more dates with Michael Feinstein, or from opening soon in a revival of Finian's Rainbow. He had played the lead earlier in an Encores! performance run at City Center. Hearing Jackson sing That Old Devil Moon is something I would definitely want to experience! 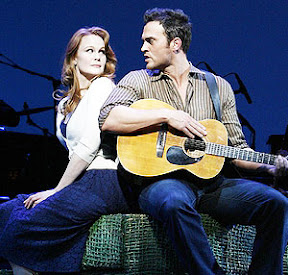 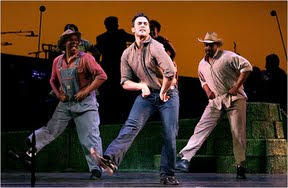 You can find out more about Finian's Rainbow at the website here.
Posted by Unknown at 7:00 PM