Jay Brannan is once again working on his plan to take over the world, touring Europe. Jay has a habit of learning a song in the native tongue where he plays, and in Italy, he did an Italian version of Housewife.

Directly following this paragraph is the schedule for the current tour. I have seen Jay twice on tour, and can't wait to see him again. His voice is so pure, his technique so strong, and his between song patter so funny, you can't help but have a great time. 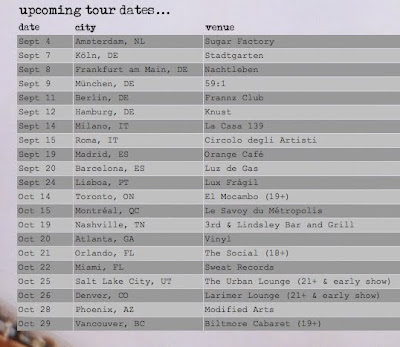 While in Germany, he played Gummibären, a song in German I havae no clue about, but since the audience was singing along, they do!

To learn more about Jay, order CDs or other merchandise, or figure out upcoming tour schedules, click here.
Posted by Unknown at 2:00 PM