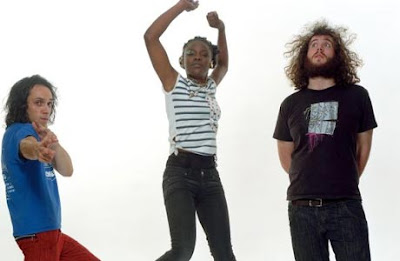 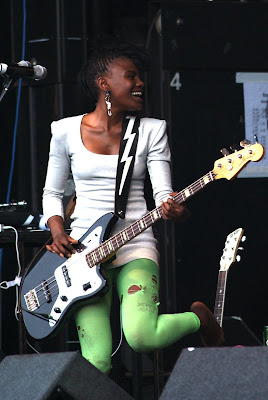 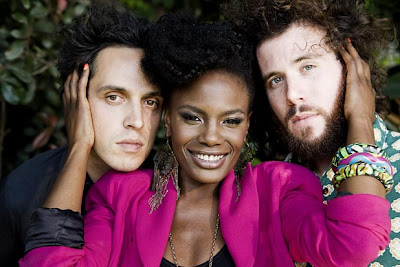 The Noisettes are a London-based trio preforming what has been described as indie rock, garage-punk, rock, pop-rock, and everything in between. Guitarist Dan Smith, singer/bassist Shingai Shoniwa, and drummer Jamie Morrison were quite the sensation in the UK, and recently made the trip across the ocean to start their own British Invasion. They have been hard at work, touring with TV on the Radio, Bloc Party, Muse, and Lady Gaga. They have also logged performances on The Ellen DeGeneres Show, The Wendy Williams Show, and The Late Show with David Letterman.


Just last week, Noisettes released their latest album, Wild Young Hearts. I received a email about a promotion that makes it possible to buy the 10-song cd for just $5.00! Amazon is responsible, and you can download it by clicking here. Once I give it a couple of listens, I will visit Noisettes again with the review. So far, I can tell you I really love song and video for the title cut, Wild Young Hearts. 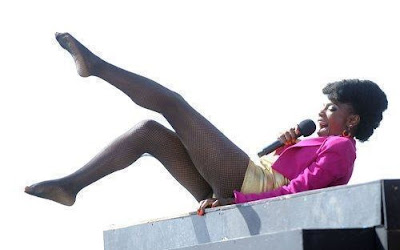 I would be remiss if I didn't point out lead singer/bassist Shingai is beautiful, and the boys adorable. Their sound is kinda Blondie meets the GoGos for the 21st Century, with infectious rhythms layered with lots of joy. You can find out more about Noisettes by checking them out on MySpace here.
Posted by Unknown at 1:00 PM