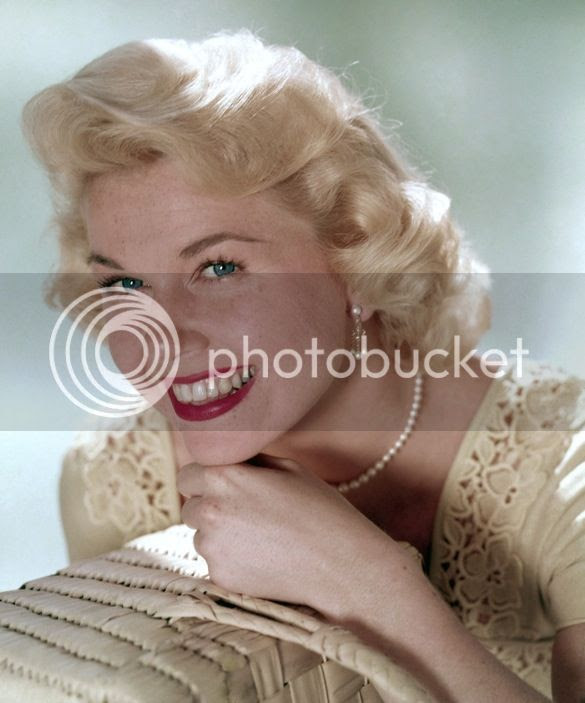 Born Doris Mary Ann Kappelhoff on April 3, 1922, this past Thursday Doris Day turned 92 years old. (Wikipedia says 1922, but IMDB says 1924, so I might be wrong there.) I remember being a child, and watching Day movies with my mother. She was often in comedies with handsome men, like Rock Hudson, Cary Grant, Rod Taylor and James Garner, who also piqued my interest. Sometimes she sang, both slow ballads and uptempo numbers. But no matter what she was doing, I remember loving every minute of it. I think it helped my mother seemed to love her as well, and often said people said she looked like Doris. Several decades later, I remember those times, and still stop channel surfing to watch Day in a film when it is playing on TCM. 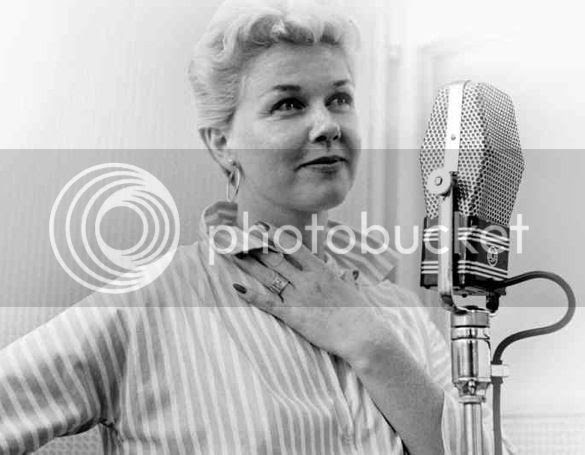 Doris Day also had a career as a singer, starting off as a big band singer in 1939, first being hired by Barney Rapp to front his band. Doris also went on to work with bandleaders Jimmy James, Bob Crosby, and Les Brown. I will start with a recording with Day did with bandleader Brown, "Till The End of Time". The song was written by lyricist Buddy Kaye and composer Ted Mossman in 1945, the same year it was recorded by Brown and Day. This is "Till The End of Time" as released by Les Brown and his band of Renown with singer Doris Day.

The next song had music by Vincent Youmans and lyrics by Irving Caesar, and was written for the 1925 musical 'No, No, Nanette'. The version of "I Want to be Happy" I am most familiar with is more than likely the one by Benny Goodman, but since it has been covered by so many, it is tough to say my favorite. Day had started working with the Page Cavanaugh Trio in the late 1940s, and they made some great music. In 1950, Day recorded it for the album 'Tea for Two'. This is Doris Day singing "I Want To Be Happy" with the Page Cavanaugh Trio.

"Make Someone Happy" was found in a Broadway show with music by the great Jule Styne, and lyrics by the fantastic Betty Comden and Adolph Green. The show was 'Do Re Mi', and it played on Broadway in 1960. Immediately, some of he great talents were lining up to record the song. Day did just that, putting it on her 1960 album 'Bright and Shiny'. It was a great fit for her voice. This is Doris Day singing "Make Someone Happy", recorded with Neal Hefti and His Orchestra.

The last song on this post is a fun one, off the 1964 release 'Latin for Lovers'. "Quizás, quizás, quizás" is a popular song by Cuban songwriter Osvaldo Farrés. The song was a hit in 1947 for singer Bobby Capó. English lyrics were written by Joe Davis, which were not a translation, but a new set of lyrics. That version, known as "Perhaps Perhaps Perhaps", was first sung by Desi Arnez in 1948, and was quickly recorded by several others. Day was not the first in line, for it took 16 years for her version, but it was worth the wait. This is Doris Day singing "Perhaps Perhaps Perhaps".

So Happy Birthday, Doris Day! For more information about Doris Day, visit her official website. In 2012, to mark her 90/88th birthday, the collection 'With a Smile and a Song' was released, containing some great music. You can find it on iTunes and Amazon.
Posted by Unknown at 7:00 PM