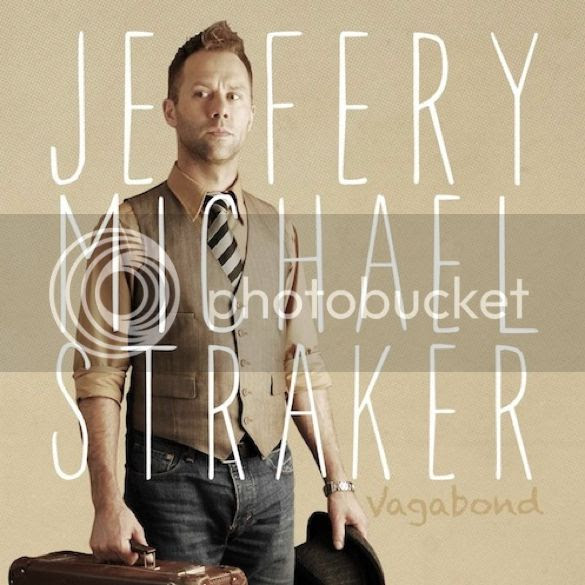 Jeffery Straker is someone I have to blame on JD Doyle of Queer Music Heritage
fame. You see, he has been featured a couple of times on JD's monthly webcasts, as well as on the website and the blog. So it is JD's fault I am hooked on Jeffery's music, including his brand new album, 'Vagabond'. Jeffery is a Canadian artist who has been out and proud since the start of his career in his home in Saskachewan. He debuted with the 2008 album, 'Step Right Up', and took his time to get to his second album, 'Under The Soles of My Shoes' in the summer of 2011. He must been particularly prolific in the past year, for he has a new album out just 16 months later. 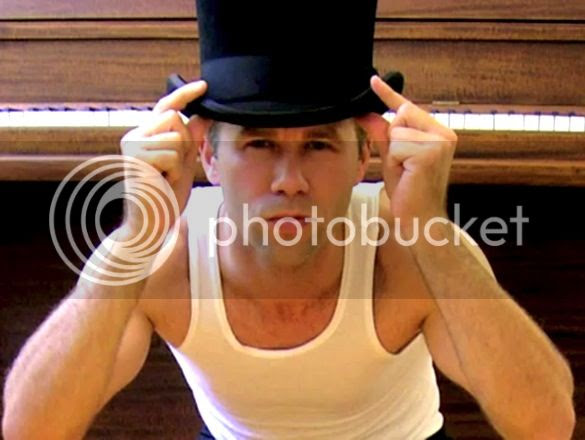 I must admit I already had and enjoyed the 2011 release, 'Under The Soles of My Shoes'. It is a wonderful collection. And while I haven't heard 'Step Right Up', I am betting it is also a great record. But back to 'Vagabond', an excellent recording of addictive piano-Pop. Straker populated the album with emotional, sweet, soft and driven songs, everything once needs. The album begins with the first release, "Birchbark Canoe". This is a charming love song, that just warms me to the core. Check out the video for "Birchbark Canoe".
That is followed with the lovely "Rosetta Stone". The song begins with a sparse feel, before kicking into Pop overdrive. The song talks about how no matter how lost or confused we might be about love, we find that special someone, our own personal Rosetta Stone, who breaks that code to help us understand. Next up, Jeffery slows down the tempo with "Burn The Boats". The song sounds like it takes inspiration from some the music of Brecht & Weill, wrapped in a new and fresh bow. It might be one of my favorites. "Botanic Gardens" is next up, and it is a delightful Pop confection, and you can hear it for yourself here.
There is a carefree breeziness to "San Souci", one I can't resist. This song reminds me of a time Elton John was making fun and fabulous music, with a saucy flair. But add in a little of Billy Joel's brash attitude, and I think you have it. On the opening of "Raven", we get the feeling of an Edgar Alan Poe visitation, but soon it is unadulterated Straker. There is something so uplifting about this song. And I loved the yummy guitar break, too. While there is a Pop sound for "Cathode Rays", there is something very Folk about it. Perhaps it is the lush and smart lyrics, or Straker's amazing vocal performance, truly telling a story. After the opening bars of "Myopia", I almost expected to hear Rihanna to open the song. This is Pop with a big bow on it, sounding sweet, defying the sentiment inherent to the theme broadcast in the title. The final track is a short tidbit, "Foolish (twitter love lament)". Just over forty seconds long, it communicates with a brevity of language befitting our technological lives. 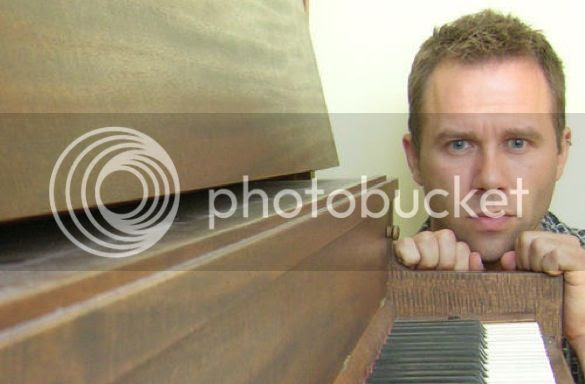 All in all, this album is a strong and beautiful album, one that sounded every bit as good, if not better, on the second and third listens. I find it intriguing, hearing influences that touch on a variety of genres, but never straying from the strength of Straker, making great Pop music. This also feels even more personal. While I wouldn't really say confessional, I would say there seems to be a strong bond between Jeffrey and his music, a direct connection to his heart. You can purchase 'Vagabond' from iTunes, Amazon, and Bandcamp. To learn more about Jeffery Straker, visit his official website.
Posted by Unknown at 9:00 AM