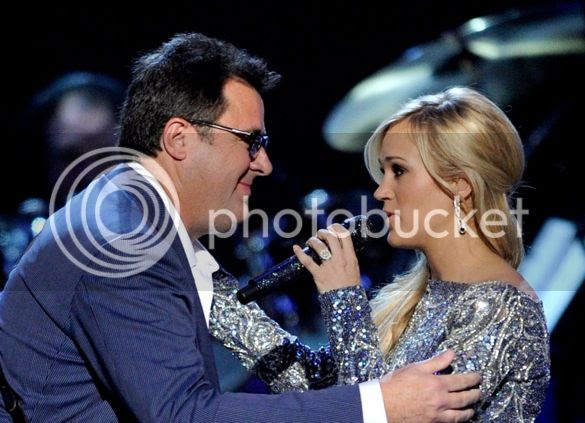 I just thought I would share a wonderful duet, of sorts, this fine Sunday morning. Country superstar Carrie Underwood is graced with a wonderful accompaniment from Vince Gill on a live performance of "How Great Thou Art", a traditional Swedish folk song bsed on a poem by Carl Gustav Boberg. It was translated by British missionary Stuart K. Hine, who apparently felt the need to add two verses while translating. The song has been sung by some of the great names in Country music, including Elvis Presley, Alan Jackson, Burl Ives, Dixie Carter, Charlie Daniels, Tennessee Ernie Ford with The Jordanaires, The Statler Brothers, Roy Rogers, and Connie Smith. Now you can add Carrie's name to that impressive roster.