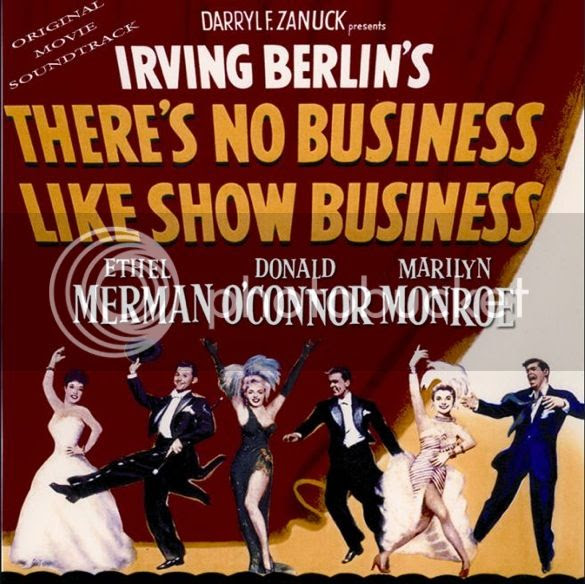 There is just a special something when Ethel Merman sings. Sure, there are those who love her, and those who don't. I will grant you I won't be running out to purchase her albums, but I can't help but respect the woman who inspired many a Broadway writer, and belted her way decade after decade starring in some of the greatest roles for women in the 20th Century. "There's No Business Like Show Business" was written by Irving Berlin for the 1946 musical, 'Annie Get Your Gun'. That starred Ethel Merman in the role of Annie Oakley. It was first featured in the 1954 film of the same name, a film built around existing Berlin music, including that song. And once again, Ethel was hired to deliver the song as only she could. Enjoy.