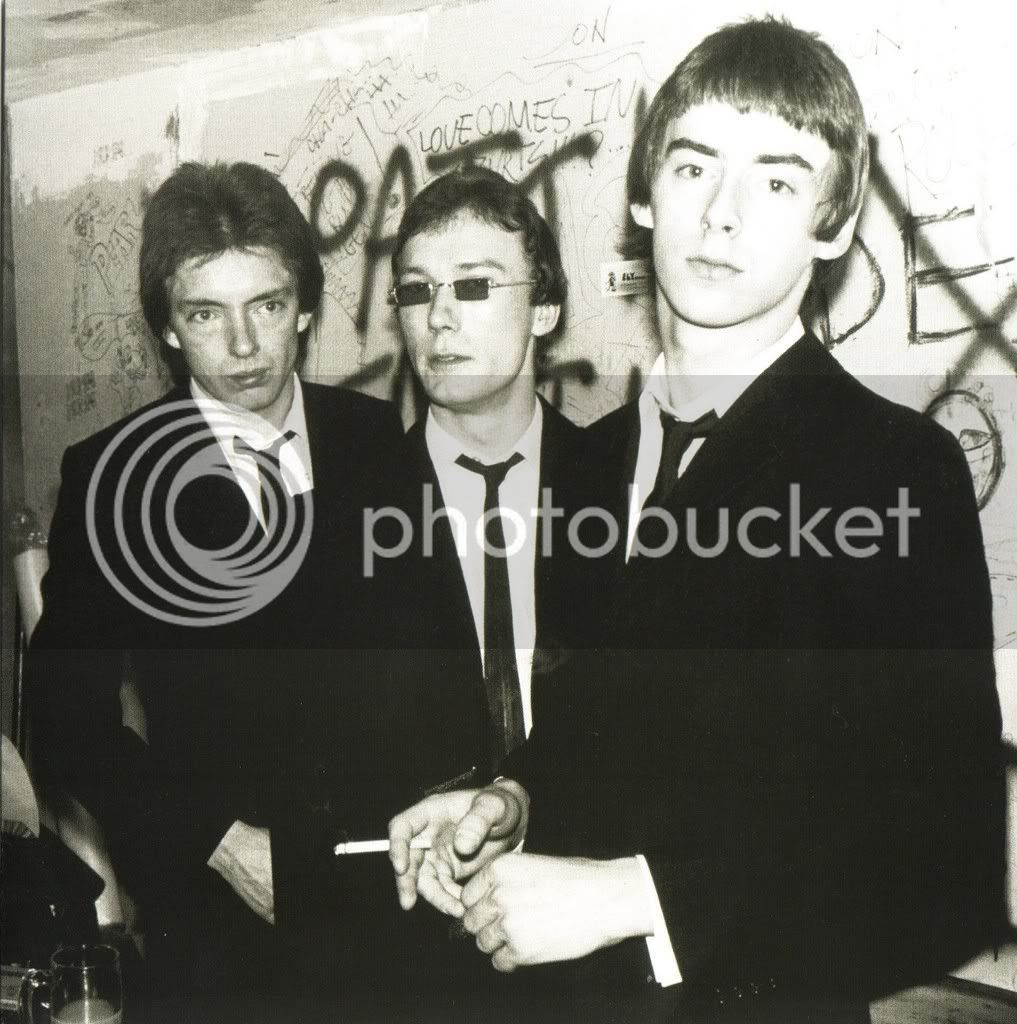 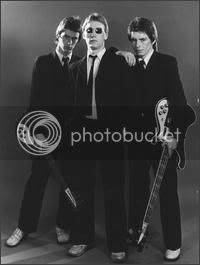 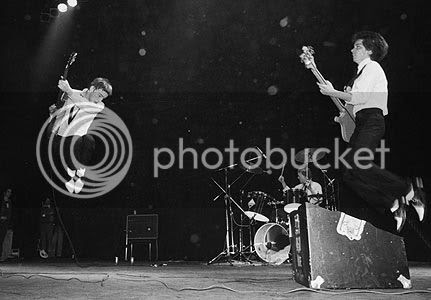 It has been over a year since I have featured one of my favorite British Punk Bands from the late 1970s. Once I heard their music, I was truly taken by The Jam. In the mid-seventies, Paul Weller, Bruce Foxton, Rick Buckler and Steve Brookes got together, launching The Jam. Before they released their debut in 1977, Brookes left the band, leaving them a trio. The band released In The City, which featured two cover songs, and 10 originals by Paul Weller. It was the discovery of The Jam that lead to my life-long fascination with Paul Weller, whose career I followed through The Jam, to the Style Council, and finally through his solo career, which still continues today. Yes, that is an awfully long time to follow a person, and not have the police or lawyers involved. Yet Paul and I managed. Could be we've had an ocean between us... The Jam were one of the group of Punk bands who came out at the same time, like the Clash and the Sex Pistols. Their music was fast and guitar-driven, with a strong message. However, unlike the others, The Jam drew their inspiration, as it were, from the rock bands of the 60s, like The Who. Soon their look and their music represented that period, a very 60s Mod flavor. But rather than talk about it, it might be better just to show it to you. I will kick off with a song from the 1978 release, All Mod Cons. This is Down In The Tube Station At Midnight.

In 1980, The Jam released the single Going Underground, and it rocketed to the top of the UK chart to be the first #1 song for the band. It didn't appear on any of the studio album releases, but it certainly made it to most of the later compilation albums out there. It still had the Mod retro feel, while still keeping the punk edge. The song itself makes several serious statements about the British government, and the nuclear policies it held. Not leaving it there, songwriter Weller also took a swipe at the British citizens who not only let these things happen, but voted to set it all in motion. Enjoy Going Underground.

The next video features a song off the Sound Affects album, released in 1981. That's Entertainment was greeted with critical acclaim as well as the love of the fans. Since it's release, it has made most of the "Best of..." lists it could, including the list of the 500 Greatest Songs of All-Time released by Rolling Stone in 2004, and the BBC Sold On Song list that same year. It was not released as an official single, but made the UK charts as an import single, and it made it to #21. It was officially re-released in 1983 and made it to #60 on the UK chart, and made it to the Top 50 when released again in 1991. Watch That's Entertainment.

And, it only seems fitting that the last song on this post would be the final single released by The Jam. In 1982, the band released Beat Surrender, written by Weller, featuring a sound much more soulful than rocky. You could see the way Weller's music was progressing, and it wasn't staying in the direction of Punk. So it certainly seemed like it was time for the trip to rethink their futures.

Weller went on to head the retro-soul band The Style Council, while Foxton joined Stiff Little Fingers. Buckler played in several bands, and retired from music in 2009. At a live show Weller headlined in 2010, he was joined on stage by Foxton, the first time in 28 years. You can purchase The Very Best of The Jam on iTunes or Amazon. You can also check out their official website here. It is a fansite run by drummer Rick Buckler.
Posted by Unknown at 7:00 PM

Email ThisBlogThis!Share to TwitterShare to FacebookShare to Pinterest
Labels: paul weller, the jam